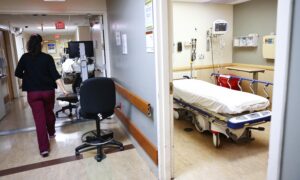 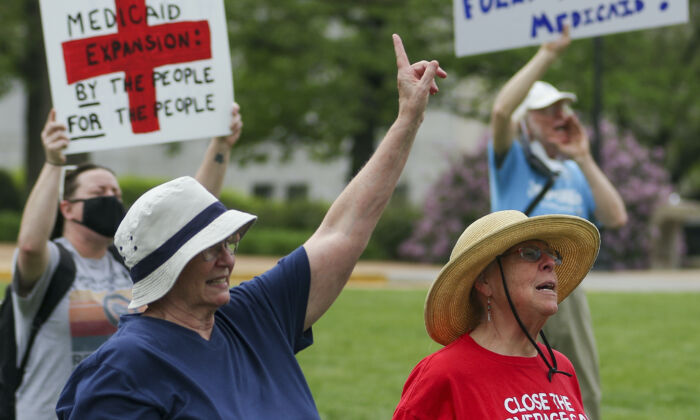 A state judge ruled on Tuesday that Missouri must implement Medicaid expansion immediately, a major blow for the Missouri government and the GOP-led state legislature.

In his order (pdf), Beetem also prohibited Missouri from “imposing any greater or additional burdens or restrictions” on those who will be eligible under the expansion than people who were already eligible.

Missouri voters approved the expansion with a 53 percent majority last August. But Missouri’s Republican-led legislature refused to fund the expanded coverage in April, and Gov. Mike Parson stopped the implementation plan in May.

Beetem previously ruled in favor of the Missouri government, but the state Supreme Court vacated the judgment last month and ordered the circuit court to “enter judgment for the plaintiffs.”

Last week, the state attorney general’s office asked for at least two more months to implement the expansion after the Supreme Court’s ruling.

Responding to the judge’s ruling, Parson said he would follow the order.

“I’m going to follow the law. I’ve always done that and always will continue to do that,” Parson told the St. Louis Post-Dispatch Tuesday.

The state attorney general office told The Epoch Times that they’re going to “hold off on comment for now.”

Former President Barak Obama’s Affordable Care Act—also known as Obamacare—extended Medicaid to all adults under age 65 with incomes below 133 percent of the federal poverty level.

It’s estimated that about 275,000 individuals in Missouri would be eligible to enroll in Medicaid under the expansion. Traditionally, people eligible for Medicaid are children, expecting mothers, the elderly, and people with disabilities.

Opponents argue that there is no guarantee of continued federal funding, which currently accounts for 90 percent of the costs for newly eligible individuals. They also claim the traditional Medicaid population will face competition with able-bodied, working-age adults for limited doctors, and government involvement in the healthcare markets will drive up costs for everyone.

As of July 2021, 38 states and the District of Columbia have chosen to adopt the Medicaid expansion.