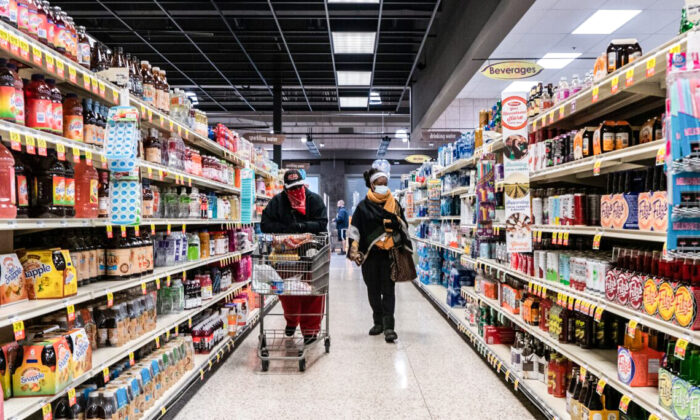 Shoppers browse in a supermarket in St. Louis, Missouri, on April 4, 2020. (REUTERS/Lawrence Bryant)
By Jack Phillips