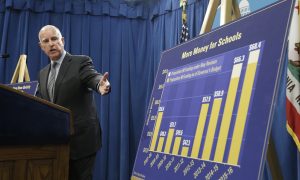 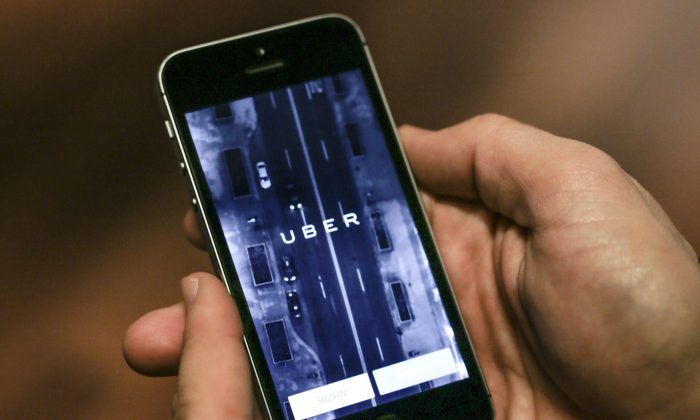 File photo: In this Feb. 10, 2015, file photo, Anthony Khoury, head of Middle East and Africa expansions for Uber, demonstrates the mobile application at a press event to celebrate the official launch of the car-hailing service in Cairo. (AP Photo/Mosa'ab Elshamy)
US

SAN FRANCISCO—A federal judge has ruled California taxicab companies can sue competitor Uber over advertising statements that it offers the safest rides on the road.

The San Francisco Chronicle reports (http://bit.ly/1HGwP8o) that taxicab companies accused the ride-hailing company of false advertising for stating in ads and online postings that its background checks were the most thorough and its services the safest in the business.

The statements implied, and sometimes explicitly declared, that conventional taxis were less safe.

Taxi companies say their review of prospective drivers is far more thorough. They say they use fingerprint checks and government criminal records that Uber does not employ and require their drivers to take a driver safety course and a written exam.

U.S. District Judge Jon Tigar of San Francisco rejected Uber’s attempt to dismiss the suit Friday and said much of it could proceed.