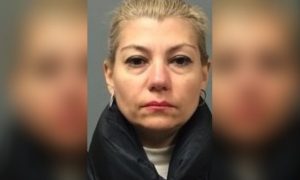 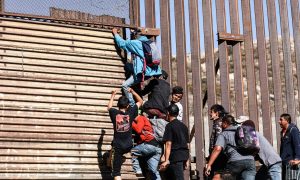 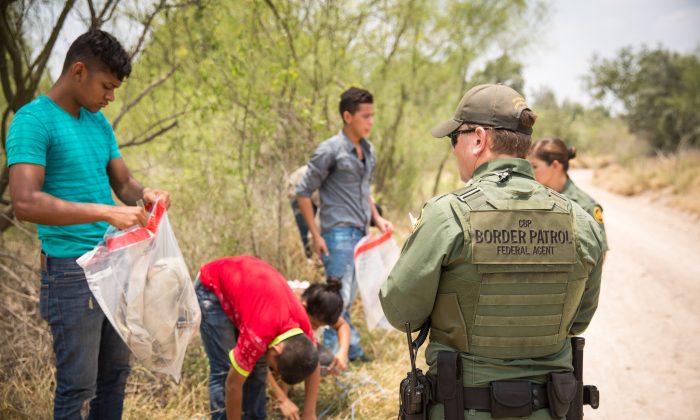 Border Patrol Agents have aliens remove their shoelaces and belongings before loading them in a van for transport in Hidalgo County, Texas, on May 26, 2017. (Benjamin Chasteen/The Epoch Times)
Politics

A federal judge ruled this week that President Donald Trump’s asylum reforms violated federal law despite the reforms only taking the rules on asylum back to where they were before former President Barack Obama’s time in office.

The ruling by Bill Clinton-appointed U.S. District Judge Emmet Sullivan came on Dec. 19, just a day after he had to walk back accusations he made while presiding over a hearing for former Trump adviser Michael Flynn.

The rules Sullivan derided as violations of federal law dealt with credible fear, the criteria that the United States uses to determine if refugees should be granted asylum.

Sullivan claimed that not only was the administration wrong in revising the rules on credible fear, but officials should return people who were deported under the revised rules.

The White House slammed the ruling.

“Today, a court has, once again, overridden and undermined United States immigration law. Under the law, asylum is a discretionary benefit for aliens who have a well-founded fear of persecution on account of their race, religion, nationality, political opinion, or membership in a particular social group. Today’s ruling will further overwhelm our immigration courts with meritless cases, making the existing massive backlog even worse,” said Sarah Sanders, press secretary, in a statement.

“It will also encourage more illegal immigration to the United States, to the benefit of ruthless smuggling organizations that too often victimize young women and children.”

More than 800,000 asylum-seekers are already in the United States awaiting adjudication of their claims. The immigration court system is so bogged down that it will take at least seven years to clear the existing claims, even if no new ones are added.

“Today’s ruling is only the latest example of judicial activism that encourages migrants to take dangerous risks; empowers criminal organizations that spread turmoil in our hemisphere; and undermines the laws, borders, Constitution, and sovereignty of the United States. We will continue to fight for the rule of law and against these reckless rulings,” she added.

The ruling came on the same day that U.S. District Judge Jon Tigar extended a ban on Trump’s attempt to revise another portion of immigration policy. In early November, Trump said in an executive order that aliens who entered the United States outside official ports of entries would not be eligible for asylum.

Tigar ruled on Nov. 20 that the order was outside of the president’s authority. Tigar has since twice extended a temporary ban on enforcing the order until the court case is resolved.

Trump has said that these rulings on immigration will be overturned by the Supreme Court.

In July, then-Attorney General Jeff Sessions restored the definition of credible fear, or the acceptable conditions for refugees claiming asylum, to where it was before the Obama administration broadened it in 2014.

Under the revised criteria, foreigners who were fleeing domestic abuse or local criminal activity were not eligible for asylum.

Asylum seekers have always needed to prove that they have suffered past persecution or have a well-founded fear of future persecution in their home country due to their race, religion, nationality, political opinion, or membership in a particular social group.

In the case of domestic violence, where the persecutor is a private actor, “applicants must show that their home government either condoned the private behavior or demonstrated a complete helplessness to protect them,” the Department of Homeland Security said.

“It is not enough to simply show that the government has difficulty controlling the behavior or that certain populations are more likely to be victims of crime.”