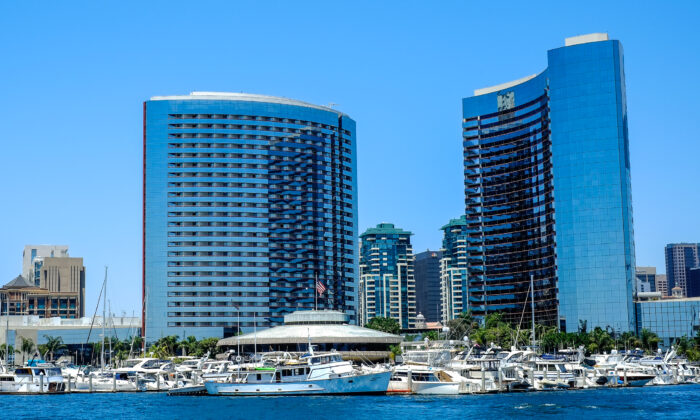 SAN DIEGO—A judge has again ruled against former La Mesa police officer Matthew Dages in his bid to overturn the city of La Mesa’s decision to uphold his firing.

In a ruling issued on April 12, San Diego Superior Court Judge Katherine Bacal confirmed her earlier tentative ruling that the city’s Personnel Appeals Board’s decision was “supported by the weight of the evidence.”

Dages was fired by the police department following his controversial May 27, 2020, arrest of 23-year-old Amaurie Johnson and allegations that he lied on his police report stemming from the arrest. He was later charged with a felony count of filing a false police report, though an El Cajon jury acquitted him last year.

Dages sued to reclaim his job and overturn the appeals board’s unanimous vote to uphold the firing.

During a hearing in Bacal’s courtroom last Friday, Dages’s attorney, Michael Morguess, argued his client did not make any intentional fabrications in his report, while an attorney for the city argued that the appeals board upheld Dages’ termination on several grounds, not just that he allegedly made false statements.

Bacal noted some of the board’s findings in her ruling, including that Dages’ statements that Johnson was smoking and engaged in “pre-assaultive behavior” were “false and misleading,” and that Dages “directed discourteous, derogatory, profane and insolent comments at Johnson” following the arrest.

Johnson’s arrest near the Grossmont Transit Center sparked protests in the East County city when a video of the incident went viral. He was later released on a misdemeanor citation and criminal charges were not filed against him.

Johnson later filed a federal lawsuit against Dages and the City of La Mesa, which remains pending.