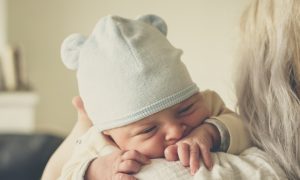 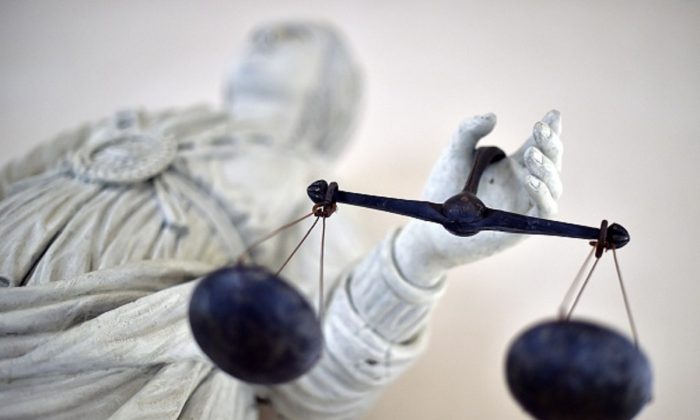 A statue of the goddess of Justice balancing the scales at Rennes' courthouse on Sept. 19, 2017. (Loic Venance/AFP/Getty Images)
US News

CHIPPEWA FALLS, Wis.—A judge in western Wisconsin on Tuesday, March 5, found a 10-year-old girl incompetent to stand trial on charges she killed a 6-month-old baby in her care last year.

Peterson agreed with a psychologist that it’s possible the girl could become competent within the next year. The judge ordered the girl be re-examined quarterly. She will return to court on July 3.

Prosecutor Richard Dufour said it’s likely the girl eventually will be committed. The girl will remain in the custody of the Department of Human Services for at least the next year.

The girl told investigators she panicked after dropping the baby at a home daycare and then stomped on his head when he began crying.

A Wisconsin girl told investigators she panicked after dropping the 6-month-old baby at a home daycare and then stomped on his head when he began crying. https://t.co/E3LxGRrqTU

Authorities say the girl was removed from her biological parents’ care in September and was in foster care at the home where the baby was injured.

The girl sat quietly throughout the hearing Tuesday, but did speak when she was asked if she understood what was happening in court, the Leader-Telegram reported.

Dufour said the girl had shown in court she was able to control her behavior with no violent outbursts.

“We haven’t seen that in court,” Dufour told the judge. “We’ve been here two and a half hours.”

Two psychologists testified over the phone and agreed that the girl is incompetent at this time.

Defense attorney Laurie Osberg presented psychologist Michael Caldwell, who said it’s unlikely the girl will become competent in the next year. Caldwell added that it may take many more years for the girl to become competent.

Another psychologist, Deborah Collins, said with treatment and education, the girl could possibly be deemed competent within the next year.

The scientific name today for an old-fashioned tantrum is: “disruptive mood dysregulation disorder.” If #tantrums become repetitive and uncontrollable with a #child, it isn’t a bad idea to seek advice from a #psychologist. #ChildPsychology #Psychology #Therapy pic.twitter.com/40DhW3KKvz