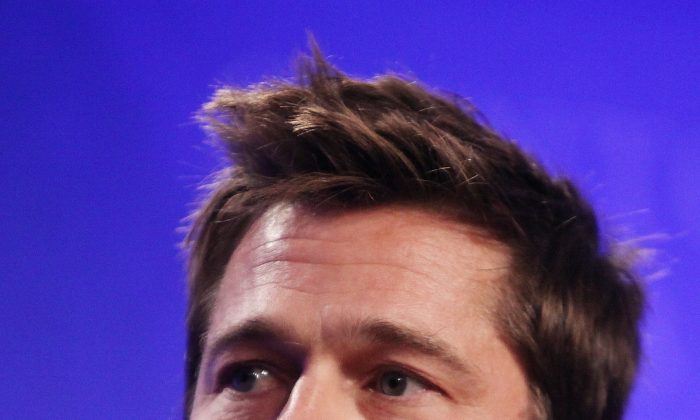 NEW YORK - SEPTEMBER 24: Actor Brad Pitt looks on while discussing post-Katrina New Orleans at the Clinton Global Initiative (CGI) September 24, 2009 in New York City. The fifth annual meeting of the CGI gathers prominent individuals in politics, business, science, academics, religion and entertainment to discuss global issues such as climate change and peace in the Middle East. The event, founded by former President Bill Clinton after he left office, is held the same week as the General Assembly at the United Nations, when most world leaders are in New York City. (Photo by Mario Tama/Getty Images)
Entertainment

Los Angeles Superior Court Richard J. Burdge Jr. denied Pitt’s request in a brief written order that states the filing did not meet the requirements for sealing details at this time. Pitt had sought to seal details of his custody dispute with Jolie Pitt at an emergency hearing, but Burdge declined to hear the petition on an expedited basis.

Pitt’s motion came two days after the release of a custody agreement that he and his estranged wife reached in late October. The agreement calls for the actor to have visitation with his children under the guidance of a therapist.

Pitt intends to seek temporary custody orders soon, and his filing states that he wanted those documents sealed to protect the children’s privacy. He was also seeking the sealing of any custody-related filings.

“I am extremely concerned that if court records regarding custody are not sealed, information contained therein will cause irreparable damage to our children’s privacy rights,” Pitt wrote in a sworn declaration filed Wednesday.

Jolie Pitt filed for divorce in September and currently has primary custody of their six children.

Her attorneys wrote in court filings Wednesday that Pitt’s request was an attempt to shield himself from embarrassing details when he seeks increased visitation with his children, stating that is contrary to a therapist’s recommendation.

“His … request is a thinly veiled attempt to shield himself, rather than the minor children, from public view,” Jolie Pitt’s attorneys wrote.

The divorce filing came days after a disagreement broke out on private flight ferrying the actors and their children from France to Los Angeles. Pitt was accused of being abusive toward his 15-year-old son during the flight, but investigations by child welfare officials and the FBI were closed with no charges being filed against the actor.

After filing for divorce, Jolie Pitt’s attorney said it was done “for the health of the family.”

Custody has been the primary issue in the divorce. Jolie Pitt is seeking sole custody of the children, while Pitt is seeking joint custody. A final agreement will be part of the couple’s divorce judgment when it is entered.

Jolie Pitt’s attorney Laura Wasser said the actress does not oppose sealing details of the pair’s custody arrangements, but Pitt’s attorneys did not consult with them before filing the motion Wednesday.

Pitt and Jolie were married for two years and together for 12 years after becoming close while filming 2005’s “Mr. & Mrs. Smith.”