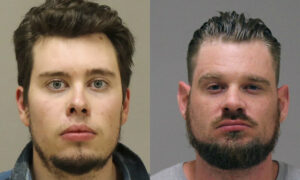 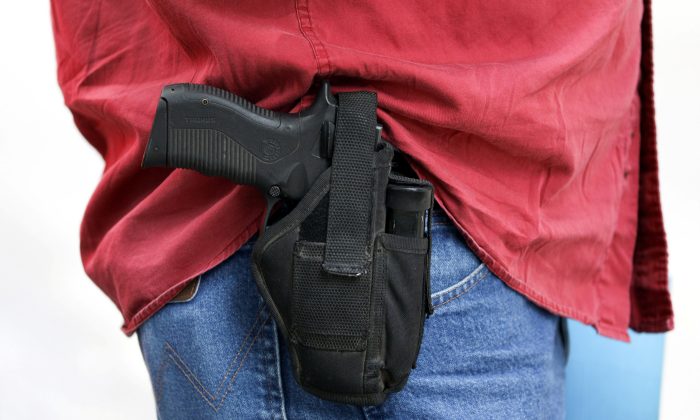 A man openly carries a gun in a file photograph. (Loren Elliott/Reuters)
2020 Election

A Michigan judge has struck down a statewide ban on openly carrying firearms at polling places or in areas where ballots are being counted.

“It is important to recognize that this case is not about whether it is a good idea to openly carry a firearm at a polling place, or whether the Second Amendment to the U.S. Constitution prevents the secretary of state’s … directive,” Murray said in a written opinion.

“The secretary just didn’t do this in the right way and at the right time,” Murray said during a hearing on the ruling, adding that “the secretary should have done this months ago.”

“The court’s duty is not to act as an overseer of the Department of State, nor is it to impose its view on the wisdom of openly carrying firearms at polling places or other election locations,” he said, according to the Detroit Free Press. “More importantly, its constitutional role is properly limited to only declaring what the law is, not what it should be.”

Murray stipulated in his ruling that Benson should have implemented the ban on open carry under the Administrative Procedures Act, which would allow legislative and public input.

“The Legislature has said: Here are the places you cannot carry a weapon,” Murray said, as reported by the Detroit News. “The secretary has expanded that. And so how is that in accordance with state law?”

“As the state’s chief elections officer, I have the sworn duty to protect every voter and their right to cast the ballot free from intimidation and harassment,” Benson said in her statement. “I will continue to protect that right in Michigan.”

Assistant Attorney General Heather Meingast told the Free Press that because of an alleged kidnapping plot against Democratic Gov. Gretchen Whitmer, “there are voters who are afraid … there are election workers who are afraid.”

The challenge against Benson’s order was filed by activist Robert Davis, and another was filed by three pro-gun groups: Michigan Open Carry, Inc., Michigan Gun Owners, and the Michigan Coalition for Responsible Gun Owners.

Davis, in a statement, hailed Benson’s ruling as a victory “for the rule of law,” saying Benson’s ban was “an unnecessary overreach by an executive official in state government.”

The Detroit chapter of the NAACP and lawyers in the area said they would monitor polls across the state for any potential voter intimidation problems.