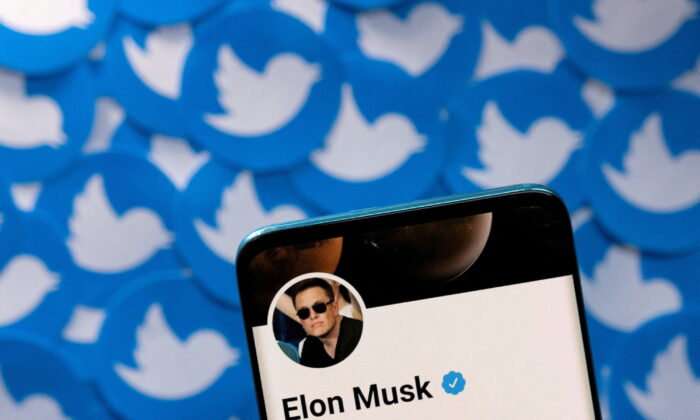 A Delaware judge has ordered Twitter to turn over more data to Elon Musk in two weeks, but stopped short of giving the Telsa chief all the data he wanted, saying his requests were “absurdly broad.”

On Aug. 25, Chancellor Kathaleen McCormick of Delaware’s Court of Chancery ordered Twitter to reveal the data from 9,000 accounts it analyzed in a fourth-quarter audit to estimate the number of spam or bot accounts on the social media platform.

Twitter had initially claimed that the data didn’t exist and it would be hard to recreate it.

“We look forward to reviewing the data Twitter has been hiding for many months,” Alex Spiro, Musk’s attorney, applauded the result in an emailed statement to Reuters.

McCormick added that Musk has data and documents needed to pursue his legal battle against Twitter.

The judge dismissed Musk’s request to have Twitter provide data on more than about 200 million monetizable daily active users (mDAU).

“No one in their right mind has ever tried to undertake such an effort,” she added.

McCormick also asked Twitter to produce additional data—documents “reflecting discussion of any other key metric identified by Defendants, regardless of whether those documents expressly address mDAU.”

Twitter sued Musk in July after he backed out of a deal to acquire the U.S. social media company for $44 billion. On July 29, Musk filed a countersuit, arguing there are more spam accounts and bots on Twitter than the company’s longstanding claim of these accounts making up less than 5 percent of its total users.

As such, Musk wants McCormick to rule that he can walk away from the acquisition.

Earlier this week, Peiter Zatko, who was Twitter’s security chief before he was fired from the company in January, disclosed in an explosive whistleblower complaint that the social media company misled Musk about the number of bots on the platform.

Zatko’s disclosure alleges that Twitter executives are “incentivized to avoid counting spam bots as mDAU” in order to make the platform more attractive to advertisers.

“If mDAU includes spam bots that do not click through ads to buy products, then advertisers conclude the ads are less effective, and might shift their ad spending away from Twitter to other platforms with higher perceived effectiveness,” the disclosure says.

The disclosure also claims that Chinese entities gave money to Twitter, raising concerns that these entities could learn sensitive information about Twitter users from around the world.

Rep. Bennie Thompson (D-Miss.), chairman of the House Homeland Security Committee, and Rep. Yvette D. Clarke (D-N.Y.), chairwoman of the Subcommittee on Cybersecurity, Infrastructure Protection, and Innovation Subcommittee, sent a joint letter to Twitter CEO Parag Agrawal on Aug. 25, asking him to respond to their questions by Sept. 8.

“What is Twitter’s plan to prioritize, remedy, and address security deficiencies raised in Mr. Zatko’s complaint?” says one of the questions that Agrawal needs to answer. “How will Twitter prioritize security upgrades necessary to combat disinformation in time for the upcoming midterm elections?”

Zatko is scheduled to speak before the Senate Judiciary Committee on Sept. 13, according to Durbin and Sen. Chuck Grassley (R-Iowa), the ranking member of the committee.

“Mr. Zatko’s allegations of widespread security failures and foreign state actor interference at Twitter raise serious concerns,” Durbin and Grassley said, according to a statement. “If these claims are accurate, they may show dangerous data privacy and security risks for Twitter users around the world.”