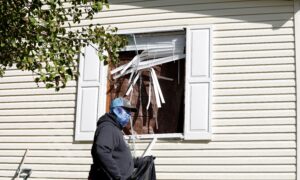 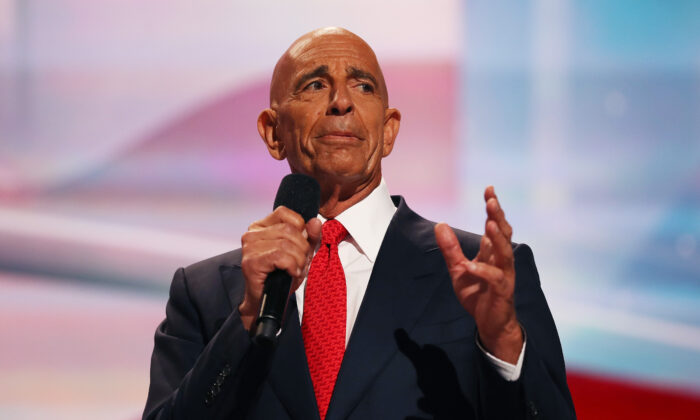 A federal judge on Tuesday ordered Thomas Barrack, an ally of former President Donald Trump, to remain in jail until at least Monday.

An attorney for Barrack, 74, of California, agreed during a hearing in federal court in Los Angeles that his client could remain detained until a hearing next Monday after prosecutors submitted written arguments saying he should be denied bail as a risk to flee.

Prosecutors said the seriousness of the charges against the defendant and the strength of evidence weighed against giving Barrack bail. They also said he poses a significant flight risk because of his personal wealth, access to private aircraft, and history of international travel.

Barrack, Trump’s inaugural committee chair, is accused of acting as an agent for the United Arab Emirates (UAE) despite lacking the proper registration.

Charges unsealed Tuesday showed two other men were also charged. Rashid Sultan Rashid Al Malik Alshahhi, 43, a UAE national and Matthew Grimes, 27, a Colorado resident who worked under Barrack, were also charged with acting as agents of a foreign government without proper notification to the attorney general, as well as conspiracy to act as unregistered agents of a foreign government.

Alshahhi remains outside the country. It wasn’t clear whether he’s retained a lawyer.

“Tom Barrack made himself voluntarily available to investigators from the outset,” Herrington said in a statement to news outlets. “He is not guilty and will be pleading not guilty today.”

Attorney Michael Freedman, representing Grimes, said his client had no criminal history, no longer worked for Barrack’s company, and doesn’t have the access investigators allege he once had.

“He is a fairly low-level individual in all of this,” Freedman said.

Neither man entered a plea.

Barrack and Grimes were both arrested in southern California.

Neither the company nor the UAE consulate responded to requests for comment.

Trump has not responded to an inquiry.

Barrack informally advised Trump in 2016 before serving as chairman of his inaugural committee, according to court documents. Barrack went on to informally advise Trump administration officials on Middle East policy.

“The defendants repeatedly capitalized on Barrack’s friendships and access to a candidate who was eventually elected President, high-ranking campaign and government officials, and the American media to advance the policy goals of a foreign government without disclosing their true allegiances,” acting Assistant Attorney General Mark Lesko said.

“The conduct alleged in the indictment is nothing short of a betrayal of those officials in the United States, including the former President. Through this indictment, we are putting everyone—regardless of their wealth or perceived political power—on notice that the Department of Justice will enforce the prohibition of this sort of undisclosed foreign influence,” he added.