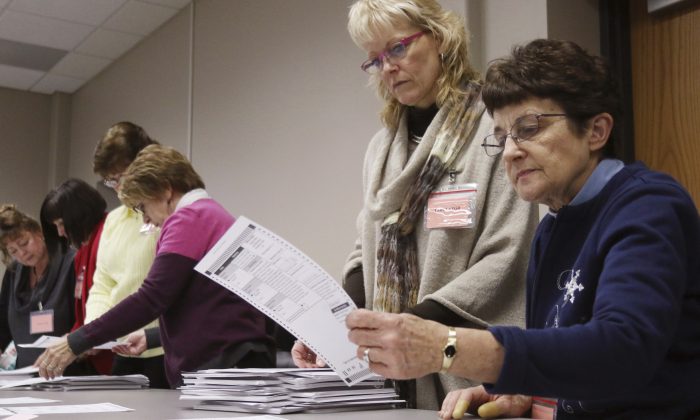 A judge has ordered the immediate start of the Michigan vote recount, announcing that it will begin Monday at noon while ordering the state to “assemble necessary staff to work sufficient hours.”

U.S. District Judge Mark Goldsmith held a hearing on Sunday in a Michigan federal court, the Detroit Free Press reported. He issued a ruling just before midnight on Monday morning.

The recount, which was initiated by Green Party candidate Jill Stein, will end on Dec. 13. Around 4.8 million ballots were cast in Michigan.

Goldsmith said the recount “shall commence and must continue until further order of this court,” The Detroit News reported.

“Defendants shall instruct all governmental units participating in the recount to assemble necessary staff to work sufficient hours to assure that the recount is completed in time to comply with the ‘safe harbor’ provision” of federal election law, he wrote.

His order came just three days after Michigan Attorney General Bill Schuette said he would file a lawsuit to stop the recount, describing it as “frivolous” and “expensive.”

“It is inexcusable for Stein to put [Michigan] votes at risk of paying millions and potentially losing their voice in the [Electoral] College,” he tweeted on Dec. 2. Later that day, he wrote: “I have filed an emergency motion with the Mich Supreme Court to bypass the Court of Appeals to ensure a timely process.”

Stein, meanwhile, filed a federal lawsuit on Dec. 2 to try to force Michigan to carry out the recount—coming hours after President-elect Donald Trump’s team filed a suit asking the state’s Supreme Court to step in.

Trump, a Republican, won the state by just 0.2 percent, or around 10,000 votes. Stein has also pushed for recounts in Wisconsin, which started last week, and Pennsylvania.

Stein withdrew a recount request in Pennsylvania, but said that she would file a federal lawsuit on Monday morning, reports said on Saturday.

She’s raised nearly $7 million via an online fundraiser to pay for the recount efforts, which are expected to cost millions.