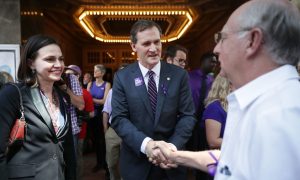 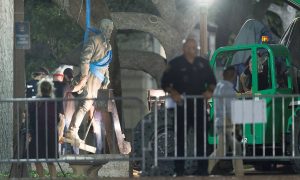 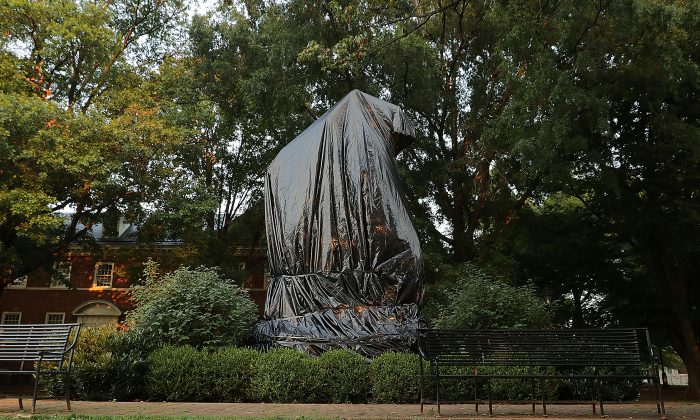 A judge ruled on Feb. 27 that tarps covering statues of Confederate officers in two Charlottesville, Virginia, parks have to be removed within 15 days of a court order being signed.

The statues, of Robert E. Lee and Thomas “Stonewall” Jackson, were covered with black plastic sheeting to signify that the town was in mourning for the death of one demonstrator and two state troopers who died in separate but related incidents on August 12, 2017, NBC reported.

The pair were monitoring the progress of Virginia Governor Terry McAuliffe, who was traveling to Charlottesville to survey the scene of a large demonstration there.

According to the Officer Down Memorial page, the helicopter had mechanical issues and crashed soon after taking off.

The other person to die that day was Heather Heyer, 32, who was part of a counter-demonstration opposing a march by people who wanted the statues to remain. Heyer was run over by a car driven by a person who opposed her view that the statues should be removed, according to Heavy.com.

The Charlottesville City Council voted unanimously to shroud the two statues in black plastic as a gesture of sorrow for the lives lost on the day of the demonstration.

Judge Richard Moore of the 16th Judicial Circuit of Virginia ruled on Feb. 27 that the City Council ruling was not intended to be permanent, and that after a court order was prepared and signed, the city would have 15 days to unwrap the statues, NBC reported. The judge also ruled that the protective fencing around the statues should stay in place.

According to NBC, the judge said tourists, historians, and artists should be able to enjoy the statues.

A lawsuit was filed stating that Virginia state law prohibited the removal of monuments or memorials honoring war veterans.

In a statement on its web page, the government of the city of Charlottesville said it was “disappointed by the ruling but will respect the court’s decision.”