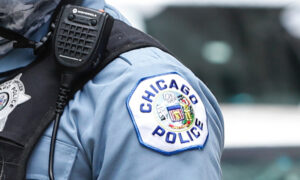 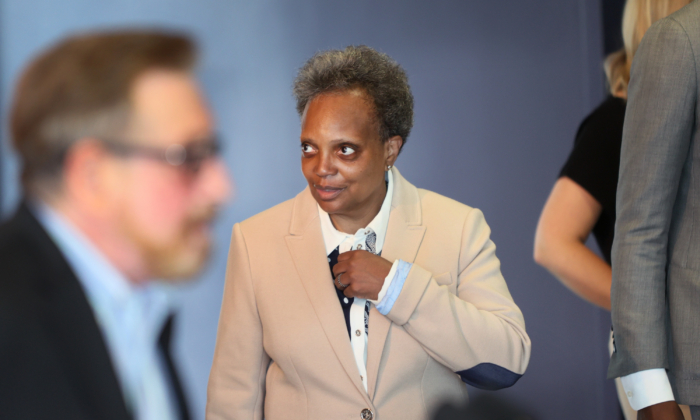 Attorneys for Chicago Mayor Lori Lightfoot on June 7 told a judge that they will file a sworn declaration clarifying the mayor’s policy on allowing interviews only to “people of color,” according to The Daily Caller.

Lightfoot’s office denied interview requests from at least two white reporters explaining that the mayor would only grant requests from black or brown journalists. There was no mention of the office’s policy for Asian reporters. Lightfoot went on to explicitly state and defend the discriminatory policy on Twitter last month.

“Diversity and inclusion is imperative across all institutions including media. In order to progress, we must change. This is exactly why I’m being intentional about prioritizing media requests from POC reporters on the occasion of the two-year anniversary of my inauguration as mayor of this great city,” Lightfoot said, using the acronym for “people of color.”

Daily Caller reporter Thomas Catenacci filed a lawsuit against Lightfoot on May 27 alleging that Lightfoot discriminated against him because he is white and violated his First Amendment rights. According to the complaint (pdf), Catenacci requested and was not granted one-on-one interviews with Lightfoot on May 20, 21, and 24.

Lightfoot’s policy sparked backlash after she came to defend it, including from fellow reporters. Gregory Pratt, a Latino reporter with the Chicago Tribune, said Wednesday his interview request with Lightfoot was granted.

According to a preliminary injunction (pdf) filed by Catenacci’s lawyers on June 2, Lightfoot had at the time still not granted any interviews to white reporters.

The injunction request cites Charles Whitaker, dean at the Medill School of Journalism at Northwestern University, who said, “We would never, ever in a million years allow that of a white politician. [I]t’s dangerous now to say we are going to allow that of a Black politician simply to make a point about the historic inequities in media.”

The injunction also cites The National Association of Hispanic Journalists, which said in a statement that it “does not condone restricting press access based on a journalist’s race/ethnicity. Any action that threatens the cornerstone of our democracy and First Amendment rights is unacceptable.”

Lightfoot’s office did not immediately respond to a request for comment.