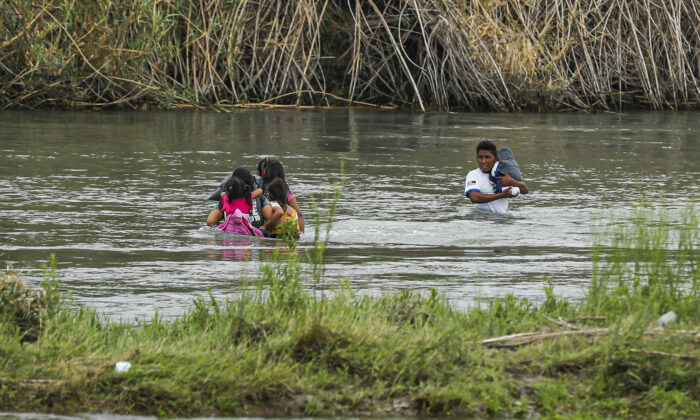 The Department of Homeland Security (DHS) had recently started scaling back in its use of the powers in preparation for their termination, currently scheduled for late May.

Federal health officials decided the powers, which enable quick expulsion of illegal aliens due to fears of them bringing COVID-19 into the country, were no longer needed due to rising access to vaccines and treatments and the low level of COVID-19 cases and hospitalizations in the United States.

Instead of immediately terminating Title 42, the Biden administration announced on April 1 that it would end on May 23.

The block is only in place for two weeks, unless the judge extends it.

The order was imposed on the request of 21 states, including Arizona and Missouri. Attorneys general argued the implementation of the termination order violated federal law. Summerhays agreed.

“The plaintiff states have demonstrated a substantial likelihood of success on the merits with respect to their claims that the termination order was not issued in compliance with the Administrative Procedure Act,” the judge wrote, echoing his comments during a status conference in which he announced his intent to issue the restraining order.

“The court further concludes that the plaintiff states have established a substantial threat of immediate and irreparable injury resulting from the early implementation of Title 42, including unrecoverable costs on healthcare, law enforcement, detention, education, and other services for migrants, and further that the balance of harms and the public interest both favor issuance of a temporary restraining order,” he added.

DHS had acknowledged scaling back use of Title 42 in preparation of the emergency powers ending. The agency “has begun in recent weeks to increase the use of expedited removal for some single adults eligible for removal who would otherwise be expelled pursuant to Title 42,” Blas Nunez-Neto, acting assistant secretary for border and immigration policy, told the court in a recent declaration.

Once Title 42 does end, immigration authorities will rely on a federal law called Title 8 that also enables expulsions, but not if an illegal immigrant claims asylum.

“We applaud the court for approving our request for a temporary restraining order to keep Title 42 in place,” Arizona Attorney General Mark Brnovich, a Republican, said in a statement. “The Biden administration cannot continue in flagrant disregard for existing laws and required administrative procedures.”

The states that sued the administration are also seeking a preliminary injunction against the order. A hearing on that effort is scheduled for May 13.

DHS says it’s also been expanding its capacity to hold immigrants who cross into the country. The capacity is expected to be 18,000 by the time the powers are terminated, up from 13,000 in early 2021. Officials say they aim to efficiently process immigrants, letting some into the U.S. interior and removing others.

Mayorkas defended the plan during hearings on Capitol Hill in Washington, claiming that the administration has “effectively managed an unprecedented number of noncitizens seeking to enter the United States” since Biden took office and, after Title 42 is terminated, will “continue to enforce our immigration laws.”

“This disaster that we have at our border, the disintegration of our national sovereignty, cannot be sustained. Anyone that has two brains and can perhaps bump into each other would know that it’s abject failure down there. So if you were to identify our border as ‘effectively managed’ right now, how would you identify failure?” he wondered.

Rep. John Katko (R-N.Y.) said that Border Patrol agents have told him they’re already overwhelmed and understaffed. “Agents have also told me that once Title 42 authority ends, there will be an even bigger surge of migrants attempting to cross—in fact, unprecedented surges—and they will lose operational control of some or all the southwest border,” he said.