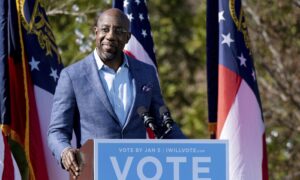 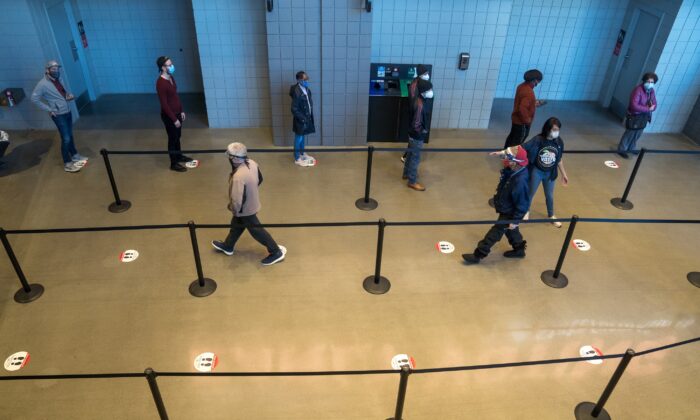 A federal judge on Dec. 28 ordered two counties in Georgia to stop the removal of thousands of voters from voter rolls.

Election boards in Ben Hill and Muscogee counties this month ruled there was probable cause to sustain challenges to thousands of registered voters. The challenges cited the U.S. Postal Service’s National Change of Address in asserting that some voters had moved to a different county or state.

But District Judge Leslie Abrams Gardner—sister of former Democrat gubernatorial nominee Stacey Abrams—wrote in her order that the boards didn’t appear to have received written confirmation that the voters had changed their addresses.

If true, she said, that means the pending removal of more than 4,000 voters would violate the National Voter Registration Act.

There’s also “a substantial likelihood of success on the merits” regarding the plaintiffs’ claim that the challenge to a group of voters less than a month before the Jan. 5, 2021, Senate runoff elections appears to be a type of “systemic” removal prohibited by the act.

“While the court acknowledges that an injunction may burden defendants in their role managing the ongoing election, the harm to voters whose right to vote is wrongfully impeded or denied is far greater,” Gardner wrote, guaranteeing that the voters in question can cast ballots in the runoffs.

The decision came five days after Majority Forward, a nonprofit, and voter Gamaliel Warren Turner Sr., who is described as a government contractor temporarily living in California, filed an emergency action asking the court to block the removal from the voter rolls.

“These flagrant and partisan attempts at voter suppression are part of a well-publicized attack on over 360,000 voters across the State of Georgia, initiated by True the Vote, a Texas-based organization, which has partnered with challengers in Ben Hill, Muscogee, and other counties to submit lists of registered voters whose names purportedly appear in the United States Postal Service’s National Change of Address (‘NCOA’) database,” the filing stated.

“What they fail to mention is that NCOA matching is notoriously unreliable and the appearance of a voter’s name on an NCOA list cannot provide the basis for a lawful challenge to a voter’s eligibility.”

True the Vote announced on Dec. 18 that it was partnering with Georgians to call into question the legitimacy of hundreds of thousands of voters through an Elector Challenge. Georgia law permits a voter to challenge the eligibility of any other voters.

Catherine Engelbrecht, the group’s founder, said in a statement, “It is our hope that this historic challenge marks the beginning of the great awakening of American voters to serve our democracy by getting involved in the process.”

The Ben Hill County board noted the ruling in a notice on its website, stating, “For the January 5, 2021 runoff, no voter will be prevented from casting a regular ballot, required to cast a provisional ballot, nor required to present any additional evidence of eligibility on the basis of National Change of Address data.”

David Shafer, chairman of the Georgia Republican Party, said on Twitter that the ruling “actually stops votes from being verified before being counted.”

“An unlawful vote cancels out and ‘suppresses’ the vote of a lawful voter as thoroughly as if the lawful voter was physically barred from the polling place. The system is broken and must be fixed,” he said.

The board in Muscogee County had on Dec. 28 called for Gardner to recuse herself, noting that Abrams has been heavily involved in efforts similar to the lawsuit that was filed. Abrams is linked to a group that recently filed a separate suit taking aim at True the Vote.

Abrams’s involvement “is sufficient to satisfy the standard for mandatory judicial recusal,” the board stated.

Gardner wrote in a footnote in her order that the court “has reviewed the motion and finds no basis for recusal.” An order detailing why is forthcoming, she said.