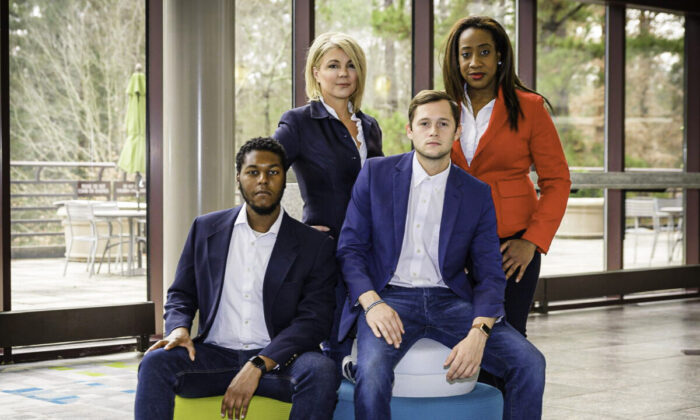 The methods, ideologies, and funding of an education plan have come into question after a North Carolina Superior Court Judge ordered state financial executives to fund a plan that one investigative reporter says is more of the same disguised indoctrination programming.

According to a spokesperson for Senate Republicans, the North Carolina State Constitution allows for only legislatures to decide which policies are enacted into law and how much money is spent on those policies.

The plan in question comes from a San Francisco education firm called WestEd, a firm that was hired in 2018 through a task force established by Gov. Roy Cooper, a Democrat.

Local media outlet WRAL highlighted state departments and foundations that funded WestEd in a total amount of $1.52 million, such as DHHS putting more than $600,000 into the report, as well as The Goodnight Educational Foundation, which also donates to state Republican and Democrat lawmakers, putting $250,000 into the report.

Lee oversaw the determination to hire WestEd as the Cooper administration has become a participant in the case through the task force.

The spokesperson said the plaintiffs and the defendants are allies working together to get the judge to order the plan into law.

Sloan Rachmuth, an investigative reporter and president of Education First Alliance, a parent/teacher-advocacy organization that investigates policies and curriculums in the K-12 North Carolina school system, said critical race theory (CRT) and social-emotional learning (SEL) are at the core of WestEd’s plan.

According to WestEd’s primer, the concept behind SEL is based on a “comprehensive notion of human development as taking place in and across four domains: psychological, cognitive, social, and emotional.”

“The thesis behind SEL on the Left is that kids need mental health help,” Rachmuth said. “We don’t argue with that. What we say is universal screening for mental health issues is inappropriate and unconstitutional. It’s examining the contents of one’s mind.”

Rachmuth compared the method to Chinese communist dictator Mao Zedong’s “Four Olds,” a title that referenced a citizen’s traditional ideas, cultures, habits, and customs that, according to Mao, needed to be eradicated for the party to thrive.

“SEL not only examines the contents of the mind, it then uses psychiatrists who are using a treatment that is based on critical race theory,” Rachmuth said. “It’s reminiscent of the USSR and the abuse of psychiatry that happened there.”

During its reign, the USSR had state psychiatrists who would diagnose political dissidents with multiple disorders such as “sluggish schizophrenia” and paranoia as a condition causing dissent.

“You have to be able to examine a baseline of where the attitudes and beliefs are, then you need repeated trials to make sure that the intervention is working,” Rachmuth said. “The best way to counteract misinformation or an old habit is through narrative, not through facts. That is why you are seeing the abolishment of facts and the insertion of SEL in every single academic discipline because it allows for use of narrative to deprogram.”

The North Carolina Department of Public Instruction (DPI) announced in June 2020 that it would partner with the Collaborative for Academic, Social, and Emotional Learning (CASEL) to bring SEL standards to the K-12 classroom.

Despite the SEL program being promoted as a program to help children manage emotions, feel and show empathy, and establish positive relationships, the program uses surveys “to peel copious amounts of private information out of school-aged children,” Rachmuth said, adding that the term “equity” itself, often found throughout the program’s documents, is simply a new name for CRT.

‘The Contents of One’s Mind’

Methods intrinsic to SEL programming are surveys, Rachmuth said, with the goals of the survey being identity breakdown using psychiatric intervention, data mining, and a push for a genderless society for the purpose of dismantling the patriarchy, which is often perceived as the core protector of capitalism that a covert infiltration would seek to abolish.

From a kindergarten class in one county, she showed a diagram called “The Genderbread Person” that displays a traditional gingerbread man being used to teach kindergarten children about sexual attraction between same-sex genders.

In a 7th-grade SEL survey in an English class, there is the prompt: “Questions I have about my face, hair, chest, and body are,” leaving lines open for answering.

“Social-emotional learning makes it legal for a man to ask children questions like this in an open classroom for discussion,” Rachmuth said.  “We have a literacy crisis. We need to be teaching reading and writing.”

Another prompt in the survey Rachmuth showed is, “What if I don’t like my legs, breasts, or lips?”

She displayed a survey for high school-aged children asking if they had “ever bought or sold drugs in school.”

“Here children are being asked to implicate themselves in a felony without a lawyer present,” she said.

From another district, she obtained a survey asking 6th through 12th-grade students about their gender identity, if they identify as transgender, and what their sexual orientation is.

One survey asked if students supported the LGBT community.

“This is pretty dangerous because if a 15-year-old doesn’t answer the right way, they will be canceled,” Rachmuth said. “You want to talk about driving a kid to suicide, try outing them when they are gay before they are ready. The same applies to canceling a student if they don’t have the right ‘think.’”

Another survey asked several questions about sexual history, such as how old the student was when they had sex for the first time.

Questions such as how long the student is home alone, Rachmuth said, are troubling, because it could be a trigger for social services to remove children.

“So basically, after grooming children asking these sexual questions, they ask, are you home alone,” Rachmuth said.

For Rachmuth, the question comes down to funding.

While some Senate Republicans have spoken against Lee ordering state financial executives to fund the plan, those same Republicans have taken donations from Jim Goodnight, founder and CEO of the SAS, a global analytic software company in North Carolina, who contributed $250,000 into the report.

Despite the issues of SEL and CRT being portrayed as what Gov. Roy Cooper described as conservative “conspiracy-laden politics,” Rachmuth has proposed that it has been Republicans, in addition to Democrats, who have ushered these curriculums into North Carolina.

“For me, the writing on the wall is that Republicans will speak eloquently and do nothing,” Rachmuth said.