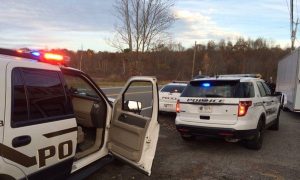 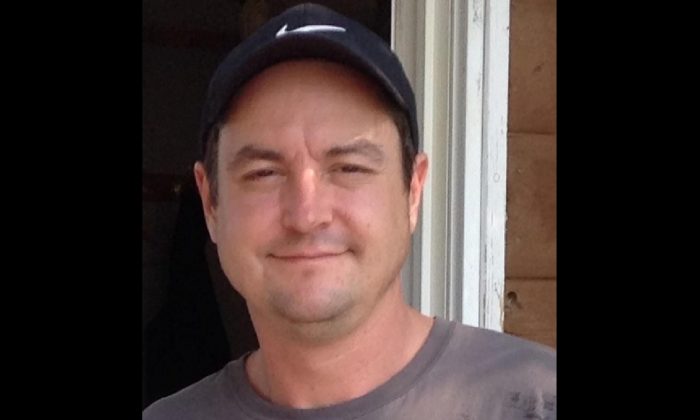 Steven Campbell is seen in an undated handout photo. A northern Manitoba RCMP officer has been found not guilty of manslaughter for an on-duty shooting that killed a drunk driver and injured a passenger. (HO/The Canadian Press)
Canada

THOMPSON, MB—A northern Manitoba RCMP officer has been found not guilty of manslaughter for an on-duty shooting that killed a drunk driver and injured a passenger.

A trial in Thompson heard how Letkeman fired a dozen shots into a Jeep in 2015, killing Steven Campbell.

Campbell, who was 39, was hit at least nine times and his girlfriend was also injured.

Crown prosecutors argued that the officer made wrong and negligent choices leading up to the shooting death.

A defence lawyer said the officer thought his life was in danger because he was standing in front of the Jeep and it was moving toward him.

The trial heard that Letkeman saw the Jeep being driven erratically shortly after the bars in Thompson had closed.

After a failed attempt at a traffic stop, the officer started to pursue the vehicle but did not communicate that to his supervisors.

Letkeman testified that he hoped to end the chase by using his police car to bump the back of the Jeep, forcing it to rotate and stop. A use of force expert testified the move was against protocol and training, and was extremely risky.

The Jeep ended up on a trail for all-terrain vehicles, where it lost control and stopped. The trial heard Letkeman’s vehicle then T-boned it.

The officer testified he didn’t wait for backup and walked in front of the Jeep to do a high-risk takedown. He said the Jeep started moving toward him, so he was forced to fire.

A toxicology report showed Campbell had alcohol in his system and was almost two and a half times over the legal limit to drive. It also showed a small amount of cocaine.

During closing arguments in June, the Crown argued that Letkeman stood in front of the vehicle and fired so that the Jeep couldn’t drive away, not because he was in danger.

Prosecutor Christian Vanderhooft said nothing that Letkeman did on the night of the shooting was reasonable.

“Each opportunity where that should have been done, the wrong decision was made. Not just wrong—negligent.”

The defence argued the officer shot his gun because he had to. Lawyer Lisa LaBossiere told the trial that every officer has made a mistake. She warned that convicting Letkeman would have “a chilling effect” on all police.

Campbell’s mother, Shirley Huber, said he shouldn’t have been driving if he was intoxicated, but the decision wasn’t worth his life.

She said no matter the verdict, her son’s death shows how important it is for police to have dashboard and body cameras, especially in northern communities.

“There has to be a way to document what really happens on those stops and maybe it won’t happen again,” Huber said in a message online.

“Maybe my son would still be alive.”