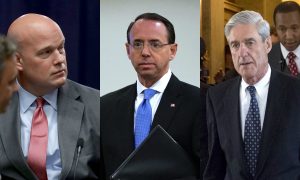 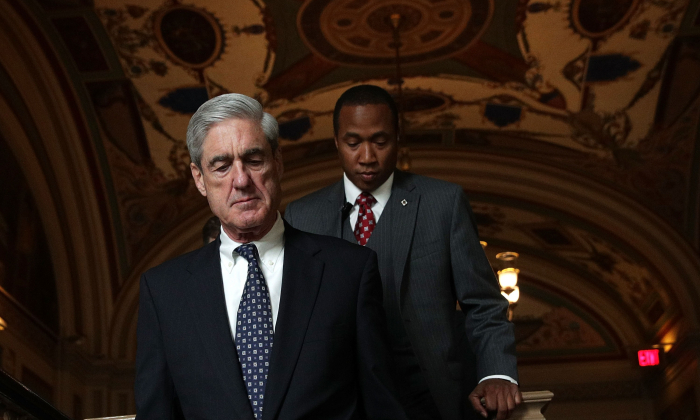 Special counsel Robert Mueller (L) arrives at the U.S. Capitol for closed meeting with members of the Senate Judiciary Committee in Washington on June 21, 2017. (Alex Wong/Getty Images)
US

The U.S. District Court in Washington impaneled the grand jury in July 2017 for an 18-month term, the maximum term under federal rules. A federal judge can extend the term if the court determines that doing so is in the public interest.

The term of the Mueller grand jury was set to expire Jan. 6. The extension is a sign that Mueller needs more time to wrap up the probe.

Deputy Attorney General Rod Rosenstein appointed Mueller in 2017 to investigate allegations of collusion between the Trump campaign and Russia, as well as any matters that arise from the investigation. The special counsel hasn’t brought forth any charges related to collusion.

“The Chief Judge has confirmed that the term of Grand Jury 17-01 has been extended,” Lisa Klem, special assistant to Chief Judge Beryl Howell, said in a statement.

Peter Carr, the spokesman for the special counsel, declined to comment.

Trump has repeatedly slammed the Mueller probe, calling it a “witch hunt” and saying that the real collusion was between former Secretary of State Hillary Clinton and Russia. The president is likely mentioning his 2016 election opponent because the Clinton campaign paid for the opposition research dossier on Trump that led to the probe. The dossier was compiled by a former British spy who used second- and third-hand sources with ties to the Kremlin.

The full scope of the special counsel probe remains classified.