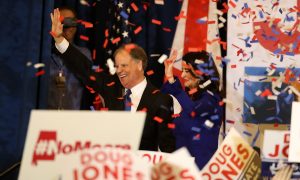 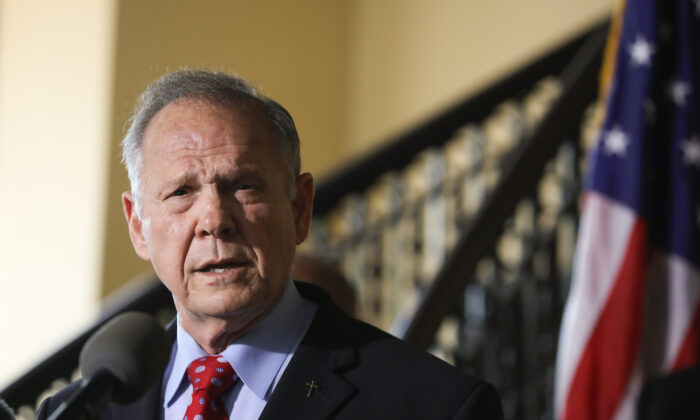 An Alabama judge has thrown out a defamation claim against Roy Moore’s unsuccessful Senate campaign that was filed by a woman who claims she was sexually abused by Moore when she was a teenager.

Montgomery Circuit Judge John E. Rochester ruled that Leigh Corfman can only proceed with her lawsuit against Moore, not his former Senate campaign. Corfman filed the lawsuit in 2018, after alleging in 2017 that she was sexually abused by Moore nearly four decades earlier.

The defamation suit was filed a month after Moore, an outspoken Christian conservative and former state Supreme Court judge, lost a U.S. Senate special election in 2018 to Democrat Doug Jones. Corfman argued that she was defamed by his campaign representatives in the wake of the allegations.

Moore and his Senate campaign “have defamed Ms. Corfman, repeatedly and in all forms of media, calling her a liar and questioning her motivation for publicly disclosing that Mr. Moore sexually abused her in 1979 when she was a 14-year-old high school freshman and he was a 32-year-old assistant district attorney,” her lawsuit claimed.

But the judge last week ruled that Corfman didn’t prove that campaign staff and volunteers knowingly made false statements or acted with reckless disregard for the truth, as they denied the misconduct claims in the midst of the 2018 race.

The judge also ruled that Corfman was a limited-purpose public figure, a status that makes a defamation claim harder to prove.

Corfman is among several women who said Moore pursued sexual and romantic relationships with them decades ago when they were teenagers and he was a prosecutor in his 30s. Moore has denied the accusations.

“The court has finally recognized what we knew all along. My campaign for U.S. Senate has in no way defamed plaintiff Leigh Corfman. We look forward to proving in open court, before a jury, her political motivation for making false allegations in my Senate campaign,” Moore said in a statement, praising Rochester’s decision.

A spokesman for Moore added, “After over three years and hundreds of thousands of dollars, plaintiff’s claims against Judge Moore’s campaign committee have failed, and plaintiff, Leigh Corfman, has been found to be a limited-purpose public figure as a matter of law, making it even more difficult for her to prove defamation in this case.”

The case against Moore as a sole defendant is continuing and is set for trial this fall.

“Mr. Moore has always been the main event,” said Neil Roman, an attorney with a law firm representing Corfman.