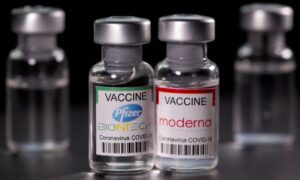 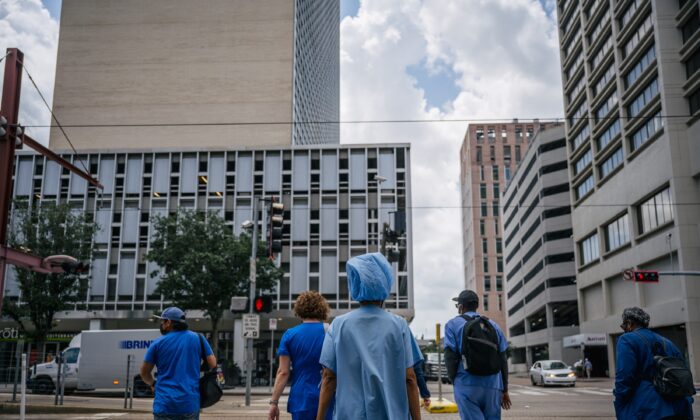 Editor’s note: An appeal was filed on June 14.

A federal judge in Texas on June 12 dismissed a lawsuit brought by 117 Houston Methodist hospital employees who sought to block the hospital system’s COVID-19 vaccine mandate.

In a five-page opinion, U.S. District Judge Lynn Hughes wrote that firing the employees as a result of their refusal to take the COVID-19 shots wouldn’t amount to wrongful termination. Under Texas law, an employee is considered to have been wrongfully terminated if fired solely for refusing to perform an illegal act.

“Bridges says that she is being forced to be injected with the vaccine or be fired. This is not coercion. Methodist is trying to do their business of saving lives without giving them the COVID-19 virus,” Hughes said, referring to Jennifer Bridges, the lead plaintiff. “Bridges can freely choose to accept or refuse a COVID-19 vaccine; however, if she refuses, she will simply need to work somewhere else.

In an emailed statement on the ruling, Marc Boom, president and CEO of Houston Methodist, told The Epoch Times, “We can now put this behind us and continue our focus on unparalleled safety, quality, service, and innovation.

“Our employees and physicians made their decisions for our patients, who are always at the center of everything we do,” Boom said. “They have fulfilled their sacred obligation as health care workers, and we couldn’t ask for a more dedicated, caring, and talented team.”

Jared Woodfill, the lawyer representing plaintiffs in the suit, told The Epoch Times in a recent interview that he planned to file an appeal if Hughes dismissed the case.

“We’re taking it all the way Supreme Court,” he said.

Houston Methodist announced the vaccination mandate for more than 25,000 of its employees on April 1. By June 8, 24,947 were fully vaccinated. But 178 who either chose not to get a vaccine or who weren’t fully vaccinated were suspended for 14 days without pay.

Boom wrote at the time that the workers “have decided not to put their patients first,” according to an internal memo obtained by The Epoch Times. The suspended workers would be fired if they didn’t get fully vaccinated by the end of the suspension period.

The hospital allowed some employees to forgo vaccination for religious reasons or medical concerns; 285 employees received a medical or religious exemption, while 332 were granted deferrals for pregnancy or other reasons.

The Equal Employment Opportunity Commission said recently that businesses can require employees to get a vaccine without violating federal laws but that employers must provide “reasonable accommodations” for workers who can’t or won’t get vaccinated due to religious reasons, pregnancy, or a disability.

Over 100 employees from the system filed the lawsuit last month, asserting that officials were forcing employees “to be human ‘guinea pigs’ as a condition for continued employment.”

Bob Nevens, a former Houston Methodist employee who is one of the plaintiffs, told The Epoch Times in an email that he was terminated after asking to work from home or keep social distancing and wearing a mask in lieu of getting a vaccine.

“I was a 10-year highly decorated employee who was very well respected until I made a decision to wait until these vaccines complete their clinical trials,” he said.

Bridges, the lead plaintiff, told The Epoch Times that hospital workers have seen numerous patients who have suffered adverse reactions after getting a COVID-19 vaccine and a number of so-called breakthrough cases, or COVID-19 infections that take place in individuals who are fully vaccinated.

“So it doesn’t protect you from getting or spreading COVID, and the likelihood of a severe adverse reaction is happening a lot right now, so your risk versus the benefits just don’t weigh out. So we’re not comfortable because we don’t want to risk our lives or our future over getting this vaccine that doesn’t even work,” she said.

Federal authorities say that based on clinical trial data, the three vaccines authorized for emergency use in the United States are effective in preventing COVID-19 infection, but that a small percentage of people getting the vaccines have suffered adverse events, including blood clots and heart inflammation.

Bridges also pointed to the growing body of research that indicates that people who have had COVID-19 enjoy natural immunity against the illness.

“Most of us have already had COVID, so this vaccine does absolutely no good because we already have our own antibodies for it,” she said.