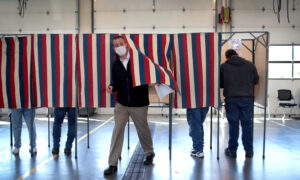 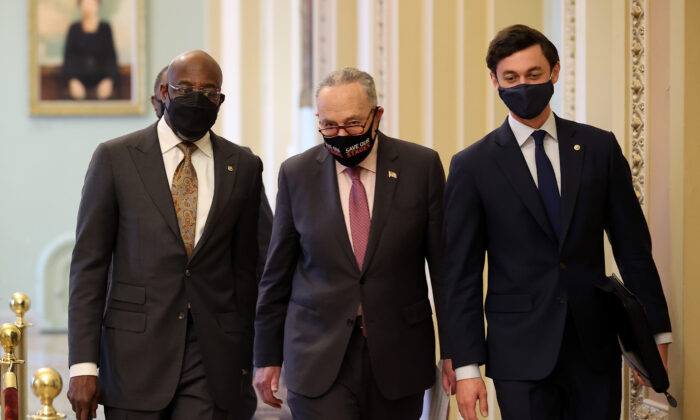 A Georgia judge on Monday dismissed a lawsuit seeking to overturn the results of the state’s two Senate runoff elections in January, rejecting a case brought by a Fulton County resident.

The plaintiff, Michael Daugherty, alleged the two January runoff contests, which were won by then-Democrat candidates Raphael Warnock and Jon Ossoff, were fraught with irregularities and misconduct. As a result, he argued the twin elections should be redone with paper ballots instead.

Lawyers for Warnock, Ossoff, and various Georgia officials said Daughtery’s arguments had already been rejected by other judges and said that some of the issues he raised in his suit occurred during the Nov. 3 election—not the January runoff contest.

During a hearing on Monday, Superior Court Judge Brian Amero rejected the lawsuit and said the challenge wasn’t filed on time, adding that the two senators weren’t properly served with the lawsuit and the plaintiffs lacked standing.

In the suit, Daugherty cited claims of improper ballot-counting efforts at Atlanta’s State Farm Arena during the Nov. 3 election. Raffensberger’s office has denied the claims.

After the judge’s decision, Daughtery told The Epoch Times on Tuesday that he will file an appeal.

Daugherty, during an event last week, said that his lawsuit is seeking to get the “Senate runoff result tossed out” and that he sought a “new legally conducted election with paper ballots.” It means, he said, “the Senate will be red,” meaning Republican-controlled, and he pushed for similar legal challenges in other states.

It comes as Georgia’s Speaker of the House, David Ralston, said Fulton County should be investigated following reports of problems with the Nov. 3 election and a subsequent audit of the count’s results.

“Recently, media reports have surfaced which call into question the way in which Fulton County conducted, counted, and audited the November 2020 Presidential Election. These reports have been accompanied by video and other evidence which is part of ongoing litigation and requires thorough examination and explanation,” Ralston, a Republican, told Fulton County’s Elections Director Richard Barron in a recent letter.