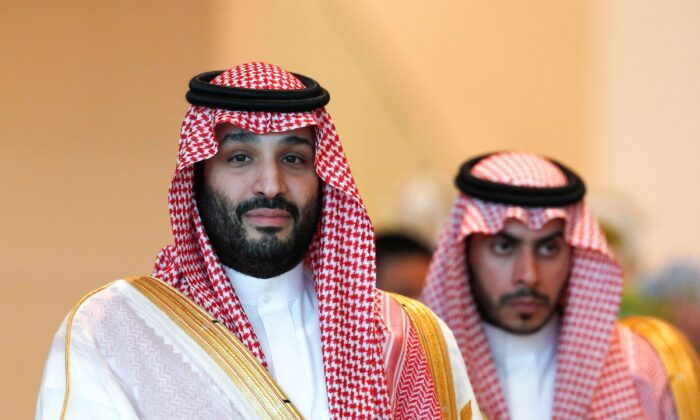 U.S. District Judge John Bates decided to defer to the Biden administration’s mid-November decision to grant immunity to the Saudi crown prince, despite his hesitation.

According to Bates, any other option would “unduly interfere” with the executive branch’s power to make foreign policy.

“Despite the Court’s uneasiness, then, with both the circumstances of bin Salman’s appointment and the credible allegations of his involvement in Khashoggi’s murder, the United States has informed the Court that he is immune, and bin Salman is therefore ‘entitled to head of state immunity … while he remains in office,'” Bates wrote in his 25-page ruling (pdf).

Bates was referring to the fact that Saudi King Salman bin Abdulaziz Al Saud only officially designated the crown prince as prime minister in September, four years after Khashoggi’s murder and after the lawsuit against the crown prince was filed.

Khashoggi’s widow, Hatice Cengiz, and Democracy for the Arab World Now (DAWN), an advocacy organization founded by Khashoggi, filed the legal action against the Saudi crown prince and other defendants in 2020.

“While we are disappointed in the decision, we will consider all options to continue our legal challenges to MBS’s criminal behavior,” DAWN Executive Director Sarah Leah Whitson said in a statement, referring to the crown prince by his initials.

DAWN noted that the Saudi king’s royal decree appointed bin Salman prime minister six days before the Oct. 3 deadline for the Biden administration to intervene in the lawsuit, characterizing it as “a last ditch effort to escape the jurisdiction of the court.”

The organization also disputed the court’s ruling to dismiss DAWN’s case against two other defendants, Saud al-Qahtani and Ahmed al-Assiri, on jurisdictional grounds.

U.S. intelligence officials believe Khashoggi was tortured, killed, and dismembered at the Saudi consulate in Instanbul on Oct. 2, 2018, at the order of the crown prince, who has been the kingdom’s de facto ruler for several years.

Khashoggi had attended the consulate to obtain the papers required to wed Cengiz, a Turkish national. She waited outside the consulate for more than 12 hours “in a desperate and tormented state” for her fiance to return, the judge noted.

Although the prince has denied ordering Khashoggi’s murder, he later admitted that it happened “under my watch.”

Bates noted in his ruling that the judicial branch believes it appropriate to defer to the executive branch’s foreign immunity determinations “when the conduct of foreign affairs is involved.”

“As the branch of government primarily responsible for international affairs and diplomacy, the Executive Branch may be hindered or embarrassed should the judiciary second-guess its foreign immunity decisions,” Bates wrote.

According to Bates, it’s well-established in the “chess game that is diplomacy” that “judicial interference” isn’t advisable in such a situation in which the executive branch may grant immunity “as a bargaining counter in complex diplomatic negotiations” and denials could “preclude a significant diplomatic advance.”

“These considerations are no less present when the circumstances of a head of state’s appointment are suspect: the Executive Branch remains responsible for foreign affairs, including with Saudi Arabia, and a contrary decision on bin Salman’s immunity by this Court would unduly interfere with those responsibilities all the same,” he wrote.

“If the immunity determination was in front of the Court without input from the Executive Branch, the Court certainly would consider plaintiffs’ arguments about whether, as a substantive matter, bin Salman was entitled to head-of-state immunity.

“But because the United States has determined that bin Salman is so entitled, ‘the doctrine of the separation of powers under our Constitution requires us to assume that all pertinent considerations have been taken into account by the [executive branch] in reaching [its] conclusion.'”

Bates, therefore, dismissed the claims against bin Salman based on head-of-state immunity.