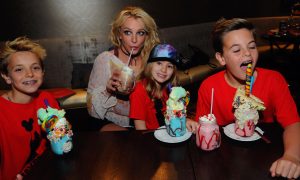 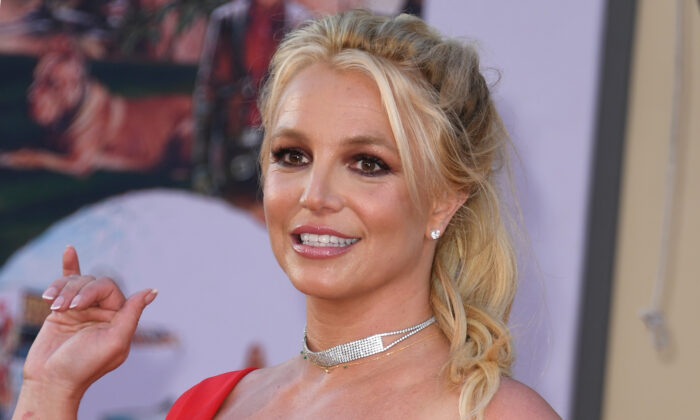 U.S. singer Britney Spears arrives for the premiere of Sony Pictures' "Once Upon a Time... in Hollywood" at the TCL Chinese Theatre in Hollywood, Calif. on July 22, 2019. (Valerie Macon/AFP via Getty Images)
Entertainment News

A Los Angeles Superior Court judge on Wednesday struck down Britney Spears’ request to remove her father, Jamie Spears, from the financial aspects of her conservatorship.

“The conservatee’s request to suspend James P. Spears immediately upon the appointment of Bessemer Trust Company of California as sole conservator of estate is denied without prejudice,” court filings read.

The pop singer’s attorney, Samuel Ingham, first filed the request to remove the father from his role overseeing Britney’s conservatorship in November last year, saying that she refused to perform if he remained in control of her career. Judge Brenda Penny “denied with prejudice” the request.

The latest paperwork was solely intended for the judge to approve Bessemer Trust as the co-conservator but also reiterates the judge’s decision to not remove the elder Spears from the pop star’s conservatorship.

It comes after the 39-year-old singer last week gave testimony in which she claimed the conservatorship was so “abusive,” she wanted to “sue her family.” In her statement, Spears claimed she was being “bullied” and exploited by the conservatorship and by her father.

Spears, in her remarks to court last week, called her father “ignorant” and controlling. “He loved every minute of it, the control he had. He loved it,” she said.

“I truly believe this conservatorship is abusive,” Spears said. “I don’t feel like I can live a full life.”

Wednesday’s court filing states that the court found Spears to be “substantially unable to manage his or her financial resources or to resist fraud or undue influence.”

Spears’ father has been her co-conservator since 2008, when the singer suffered a breakdown. He became sole conservator in 2019 after attorney Andrew Wallet resigned from co-conservatorship.

In September 2019, he temporarily relinquished his powers and Jodi Montgomery became the conservator of her person, meaning she is responsible for Spears’ medical and personal well-being. Spears’ father remains the sole conservator of her estate, managing all of her finances—while making a hefty sum off of her annual multi-million dollar earnings, given that Spears has continued to record music and perform regularly at her residence in Las Vegas, while under her restrictive conservatorship.

Jamie Spears filed a petition late Tuesday to probe his daughter’s allegations, which he has denied.

His attorneys said in a court filing that he was “greatly saddened to hear of his daughter’s difficulties and suffering” and “believes there must be an investigation into those claims.”