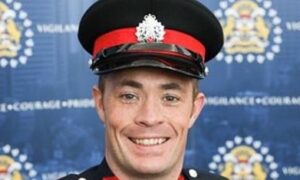 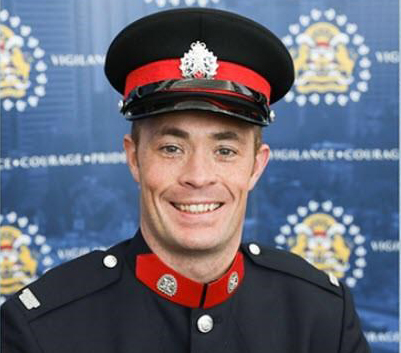 CALGARY—A judge has denied bail for a young man charged with first-degree murder in the hit-and-run death of a Calgary police officer.

The accused was 17 when he was arrested in the death of Sgt. Andrew Harnett on Dec. 31.

He has since turned 18 but cannot be identified under the Youth Criminal Justice Act.

Police have said Harnett was hit and dragged while attempting to stop an SUV after noticing its plates didn’t match its registration.

Officers allege the accused youth was driving the vehicle and have also charged a 19-year-old passenger with first-degree murder.

Youth court Judge Steve Lipton is to hear a second defence effort this afternoon to get the teen released.

If granted, such applications allow an underage accused to be placed in the custody of a responsible individual who is able to exercise control over the young person.

The Crown, which said it opposed bail for the safety and protection of the public, has served notice it will seek an adult sentence if the young man is convicted.