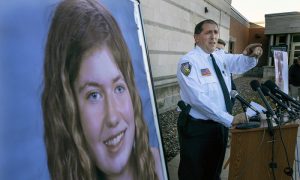 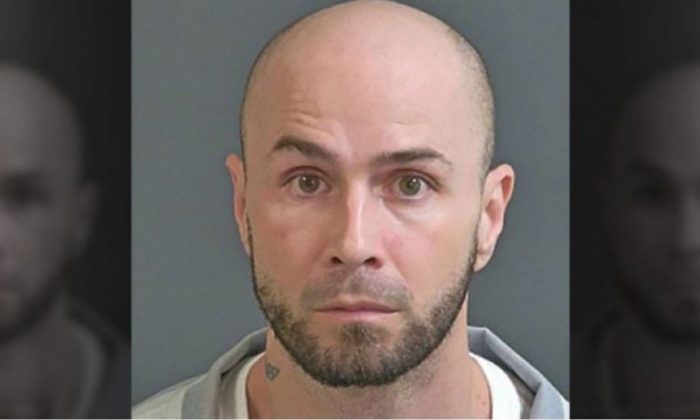 The judge who sentenced a South Carolina man who admitted he kidnapped a 4-year-old girl called him “a sorry excuse for a human being.”

Thomas Lawton Evans Jr., 38, of Boiling Springs, was sentenced to three life terms in prison after pleading guilty to kidnapping the girl, transporting her to engage in sexual activity, and aggravated sexual abuse of a person under 12.

Investigators said that Evans followed a family into their house on Johns Island on Feb. 13, 2018. Once inside, he assaulted an adult, who while being assaulted shouted at her daughter to run.

The little girl ran upstairs and hid. She also attempted to hide her 2-year-old brother.

Evans went upstairs and found the girl and shoved her into the trunk of his car. Evans fled the scene and traveled through the state and Georgia into Alabama, where he was located by police. The girl was rescued and Evans was ultimately arrested in Jackson, Mississippi.

At the sentencing on March 5, Federal Judge Norton told the court: “He’s a sorry excuse for a human being, get him out of here.”

He said that in his 29 years as a judge it was the worst offense he’d seen.

“This was random, brutal and senseless,” Norton said, reported WCBD.

The judge heard from Brittany Todd, the adult who was attacked by Evans before he stole her girl away from her. She said she had to undergo three surgeries following the attack and overall the family has paid $361,000 for her medical bills.

‘Sorry excuse for a human being’: Man who kidnapped, abused SC 4-year-old gets life https://t.co/cS63AXe0G6 pic.twitter.com/breWVL4GrK

“I couldn’t care for my kids for four months,” Todd said. “You [Evans] planned evil against me, but I truly believe God spared your life and my life. I will never get back what I lost, but I’m moving forward.”

Todd’s husband, Kevin Todd, a Coast Guard member who left for duty two days before the shocking events, also testified and said he “went into an evil space” in the months following the attack.

But he said the family’s bonds were strengthened in the aftermath of the assault and kidnapping and looked into Evans’ eyes before saying: “My ultimate goal is to forgive you.”

In a statement, U.S. Attorney Sherri Lydon joined the judge in condemning the attack.

JUST IN: The man who abducted a 4-year-old girl from her Johns Island home last February and brutally assaulted her mother, leaving her for dead, was sentenced to 3 consecutive life terms today.https://t.co/4bC33rCFu9

Federal prosecutors will push for a life sentence today for a man who kidnapped a 4-yr-old Johns Island girl.
Thomas Evans will be sentenced at noon in Charleston Co.https://t.co/Wcx6umAzqu

“Everyone came together with a sense of purpose to make sure this story ended well. Our office will forever be amazed by this family’s strength and resilience.”

WCSC reported that Judge Norton said the life sentences were “necessary to reflect the seriousness of the crimes and protect the public.”

Evans will serve time in a super-maximum security prison in Colorado, he added, calling it “the only place suitable for a soulless, sorry excuse for a human being.”