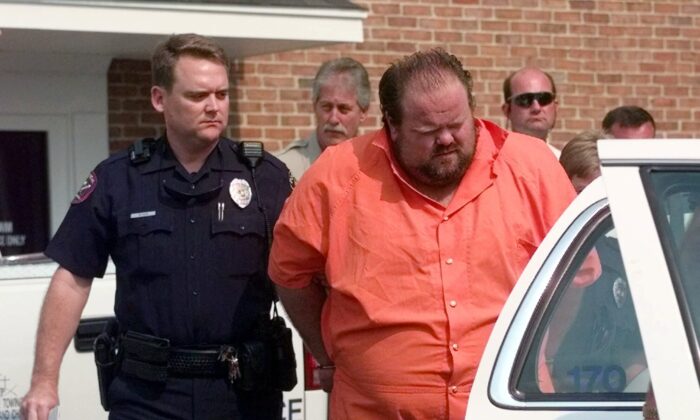 A U.S. federal judge on Monday blocked the execution of a death row inmate in Alabama who has said the state lost his paperwork requesting an alternative to lethal injection.

Alan Miller said he requested execution by inhaling nitrogen hypoxia, an untested method which Alabama allows but has never used.

His execution was scheduled for Thursday at Holman Correctional Facility in Atmore. He accused the state of violating his constitutional rights by failing to honor his preferred method of execution, and asked the judge to block the execution.

Miller has said that in 2018 he marked a state form to elect his preferred method. The state, the defendants in the case, claim they have no record of Miller’s form in their files, according to court filings (pdf).

U.S. District Judge R. Austin Huffaker, Jr. issued the preliminary injunction Monday preventing the state from executing Miller by any other means except by his choice.

The proposed alternative execution method would cause death by forcing the inmate to breathe only nitrogen, thereby depriving them of the oxygen needed to remain alive. Air is made up of 78 percent nitrogen.

Only three states have approved the use of nitrogen hypoxia—Alabama, Oklahoma, and Mississippi—but none have administered it as an execution method yet.

Alabama Not Ready for Nitrogen Hypoxia

Hamm said the state was ready to administer lethal injection.

At an evidentiary hearing on Sept. 12, Miller gave live testimony while the state did not respond. Miller said he does not want to die by lethal injection to avoid any pain associated with the needles.

The judge noted that Miller could be lying about choosing the method, but said his testimony was credible.

“It is substantially likely that Miller timely elected nitrogen hypoxia,” the ruling states.

But the judge ruled the state will need to properly establish its nitrogen hypoxia protocols before Miller’s execution can proceed.

“Suffice it to say, the readiness of the protocol and of the ADOC to conduct executions by nitrogen hypoxia has been a moving target. In this case specifically, the Court has received inconsistent information along the way from the State,” the ruling states, referring to the Alabama Department of Corrections.

The judge decided that Miller would “likely suffer irreparable injury if an injunction does not issue because he will be deprived of the ability to die by the method he chose and instead will be forced to die by a method he sought to avoid and which he asserts will be painful.”

Choosing “how he will die,” the judge noted, is Miller’s “final dignity” and an execution by any method but what he chooses will constitute an injury to his dignity.

The judge noted that Alabama officials have said the state may be ready for death by nitrogen hypoxia in the next several weeks.

Alabama Attorney General Steve Marshall plans to appeal the decision, according to a spokesperson.

Correction: A previous version of this article incorrectly referred to air as oxygen. The Epoch Times regrets the error.