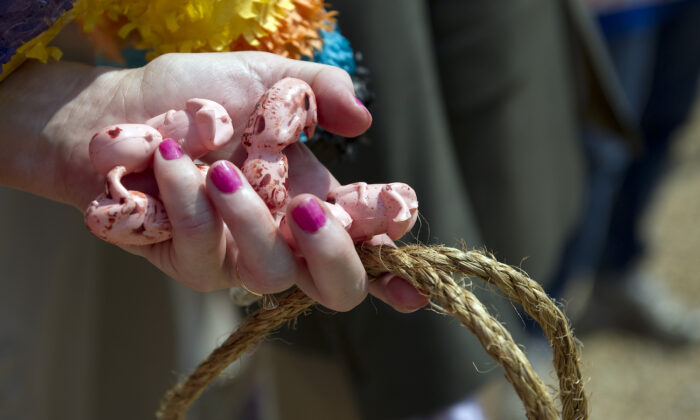 Louisiana’s abortion ban is prevented from being enforced for a second time after a federal judge issued a temporary restraining order late Tuesday.

Judge Donald Johnson in Baton Rouge granted the temporary restraining order and set a hearing on July 18 at 8:30 a.m. CT for both sides to argue the case.

Kathaleen Pittman, director of the Hope Medical Group for Women, told The Associated Press on July 12 after Johnson’s order that the clinic is ready to resume abortions.

Louisiana’s two other clinics are in the capital, Baton Rouge, and New Orleans. It was unclear as of late Tuesday whether these two clinics will reopen at least until the July 18 hearing.

Jenny Ma, a senior staff attorney for the Center for Reproductive Rights (CRP), said on Twitter that the temporary restraining order “is an incredible relief” for people who want an abortion. “Our work continues and we now look ahead to our hearing on Monday, where we will ask the judge to block the bans more permanently,” she added.

State Attorney General Jeff Landry criticized the ruling in a series of posts on Twitter that didn’t reference the case directly.

“To have the judiciary create a legal circus is disappointing and what discredits the institutions we rely upon for a stable society,” he wrote. “The rule of law must be followed, and I will not rest until it is. Unfortunately, we will have to wait a little bit longer for that to happen.”

He added: “Any society that places themselves before their children (the future) does not last.”

Louisiana had a trigger abortion ban law passed in 2006 that would come into effect immediately if the U.S. Supreme Court overturned Roe v. Wade, the landmark 1973 ruling that enabled most abortions across the country to be performed up until 24 weeks of gestation with no penalty for almost 50 years.

The law was updated with further exceptions earlier in the year and signed into law by Gov. John Bel Edwards, a Democrat, on June 22. The abortion ban does not have exceptions in the case of incest or rape, but covers most exceptions related to medical reasons, including for saving the life of the mother.

The CRP and Boies Schiller Flexner LLP filed a lawsuit on June 27 in New Orleans on behalf of the Hope Medical Group for Women, a north Louisiana clinic in Shreveport, to challenge the state’s abortion ban.

The abortion law went into force on July 8 after Orleans Parish Civil District Court Judge Ethel Julien said that because the suit alleges that the laws are unconstitutionally vague, the case must be heard in state court in the state capital of Baton Rouge. She forwarded the case there, and then said that she lacked authority to extend the restraining order because the case was no longer going to be heard in her court.

According to a press release by the CRP on June 27, “Plaintiffs challenge the unconstitutionally vague trigger laws which make it impossible to tell: (1) whether any of the trigger laws are in effect; (2) if so, which one; and (3) what conduct would be prohibited, including what exceptions exist for doctors performing procedures to save a pregnant person’s life.”