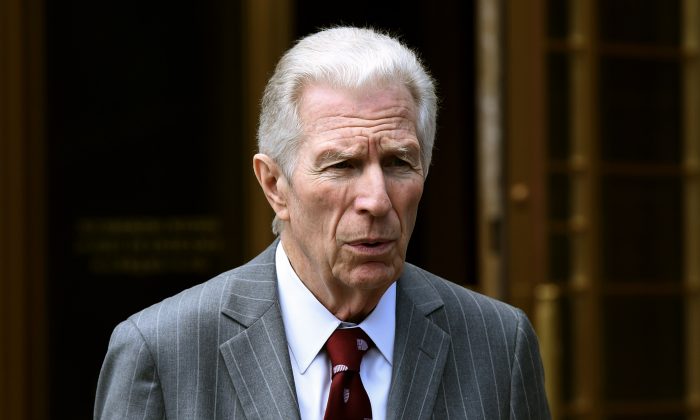 Argentina Owes Another $6.1B to Foreign Bondholders: Judge

NEW YORK—Argentina cannot pay some bondholders while refusing to pay $6.1 billion in claims by creditors who refused to swap their bonds for steeply discounted replacements in the South American nation after it defaulted in 2001 on $100 billion in bonds, a judge said Friday.

U.S. District Judge Thomas Griesa’s written ruling means Argentina would owe about $8 billion to creditors who refused the swaps that were accepted by about 93 percent of Argentina’s bondholders in 2005 and 2010.

Griesa said the republic must pay all bondholders who refused to swap their bonds if it chooses to pay those who did. With the bond swaps, Argentina invited creditors to exchange their old bonds for newly issued bonds worth between 25 percent and 29 percent of the original bonds’ value.

The Manhattan judge said Argentina has violated its promise to treat the $6.1 billion in bonds equally with bonds distributed during the discounted swaps.

“The republic has made clear its intention to defy any money judgment issued by this court, and plaintiff has no other means to enforce its rights,” Griesa said.

But in court papers, lawyers for the republic had urged Griesa to reject adding the $6.1 billion in claims to money owed by Argentina, saying it would raise to a “staggering amount” of $8 billion the amount owed to bondholders who refused the swaps and would threaten the nation’s Central Bank reserves.

“Those reserves are vital to maintaining the healthy functioning of the Republic’s economy, and the requested orders would subject the Republic to an unacceptable degree of catastrophic risk,” the lawyers said.

After the 2001 default, U.S. hedge funds including NML Capital scooped up Argentina’s bonds, but refused the swap offers, choosing to sue to enforce the contracts they signed.

In a statement Friday, NML lawyer Robert Cohen said Griesa’s ruling does not change Argentina’s obligations but instead confirms that Argentina must treat its creditors equally.