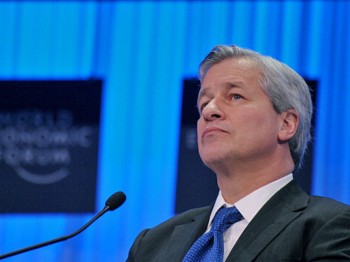 The investment bank, a subsidiary of JPMorgan Chase & Co., will pay $154 million to the SEC to settle the suit.

The SEC charged that JPMorgan improperly marketed certain synthetic CDOs (collateralized debt obligations) in 2007—issuances called Squared CDO 2007—to clients, without disclosing that a hedge fund, which was betting against the CDO, had assisted in picking the assets.

A CDO is a structured security that's value is based on underlying assets, which in this case were handpicked by Magnetar Capital LLC. JPMorgan failed to disclose to clients that Magnetar was betting against at least half of the assets in the CDO, and instead said that the assets were picked by an independent third party.

“What J.P. Morgan failed to tell investors was that a prominent hedge fund that would financially profit from the failure of CDO portfolio assets heavily influenced the CDO portfolio selection. With today’s settlement, harmed investors receive a full return of the losses they suffered,” said Robert Khuzami, SEC’s head of enforcement, in a statement this week.

With the settlement, JPMorgan neither denies nor admits to any wrongdoing and the SEC agreed to drop the case. All of the investors in the CDO will obtain reparations to make them whole in the transaction.

Subsequent to this settlement, JPMorgan also voluntary gave back $57 million to some investors that had bought another similar CDO, called Tahoma CDO I. The SEC did not levy a lawsuit on JPMorgan for marketing that particular instrument.

JPMorgan’s case is similar to last year’s case involving Goldman Sachs Group Inc., which resulted in a $550 million settlement. That case involved Goldman’s marketing of Abacus II CDO, also in 2007, for which Goldman trader Fabrice Tourre is currently on trial.