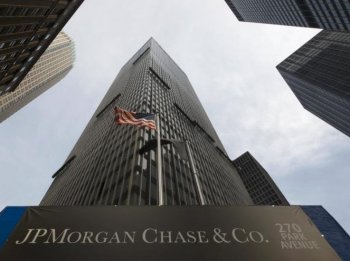 JPMorgan is the first big bank to report third quarter earnings, and reported that profits rose to $4.4 billion from $3.6 billion a year earlier. The profits translate to roughly $1.01 per share, which exceeded analyst consensus of around 89 cents per share.

The profit is mainly driven by smaller borrowing costs to fund its operations, as revenues actually dropped 15 percent compared to last year.

“Although our mortgage and credit card portfolios continued to bear very high net charge-offs. Our mortgage delinquency trends remained relatively flat compared with the prior quarter, and we expect mortgage credit losses to remain at these high levels for the next several quarters,” said CEO Jamie Dimon in a statement.

Tier 1 capital ratio at the bank was 9.5 percent for the quarter, exceeding the requirements proposed by the new Basel III banking capital rules released last month.

Around $3.2 billion was set aside for non-payments by customers, a 67 percent decline from the $9.8 billion reserved for losses last year.