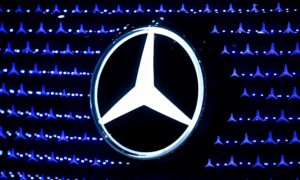 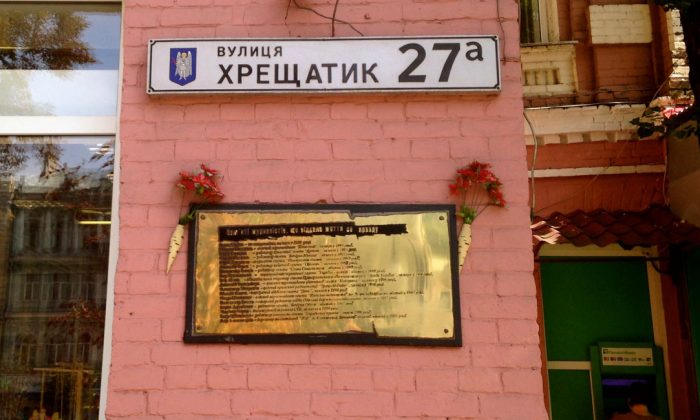 Journalists Caught in the Crossfire of the Ukraine-Russia Conflict

It’s a simple, nondescript metal plaque flanked by flowers on the side of a building. Some of the names are faded now, worn down by the years and the elements.

The names date from 1992, the first year after Ukraine gained its independence from the Soviet Union, underscoring how the fall of communism 25 years ago did not portend a new era of vibrant democratic culture in Ukraine.

Ukraine has spent much of the past quarter century under oligarchic thug rule, in which free and objective journalism was often seen as a nuisance to be controlled and manipulated—and sometimes a threat worth eliminating—by those in power.

And this summer, more than two years after Ukrainians took to the streets to overthrow the regime of former pro-Russian President Viktor Yanukovych, a string of violent incidents against journalists and media outlets has rocked Ukraine’s capital.

Journalists are caught in the crossfire of those wishing to control the country (both in Kyiv and in Moscow), as well as targets of simmering anti-Russian sentiments due to the ongoing war in the east.

Journalists of all leanings have been targeted this summer, including government corruption watchdogs and those accused of maintaining a pro-Russian bias.

Journalists of all leanings have been targeted this summer, including government corruption watchdogs and those accused of maintaining a pro-Russian bias.

On July 20, Pavlo Sheremet, a well-known journalist in Ukraine for the news agency Ukrainska Pravda, was killed in a brazen car bomb attack in central Kyiv. Ukrainian officials requested the assistance of U.S. FBI investigators, but a motive has not yet been determined and officials have not named any suspects.

“I think the final aim was to scare or to intimidate Ukrainian journalists apart from or simultaneously trying to further destabilize the situation in the country,” said Andriy Kulykov, chairman of Hromadske Radio, during a broadcast interview for the independent Ukrainian radio news outlet.

“I don’t see that Ukrainian investigative journalists are limited in their duties or became scared and abandoned their jobs after Sheremet’s murder,” said Viktor Kovalenko, a Ukrainian journalist and former journalism professor.

“On the contrary, I see that now they are turning their eyes inside media society to find out how deeply Kremlin’s manipulators infiltrated and rule it according to their infowar against Ukraine,” Kovalenko added. “This attention to ourselves will help in cleaning, rethinking of journalism standards, and with actual rebirth of Ukrainian journalism.”

On the same day as Sheremet’s assassination, a knife-wielding man attacked Maria Rydvan, 25, an editor for Forbes Ukraine, as she was walking in a central Kyiv park.

“In park for no apparent reason a man ran to me and stabbed me three times… It’s all very strange,” Rydvan wrote on her Facebook page.

On Aug. 28, Russian journalist Alexander Shchetinin was found dead on the balcony of his Kyiv apartment. He died due to what police said was a self-inflicted gunshot wound to the head, according to Ukrainian news reports, and was discovered by friends who had come to celebrate his birthday.

Shchetinin renounced his Russian citizenship to be a Ukrainian citizen and founded the Kyiv-based New Region news agency.

Ukrainian officials are investigating Shchetinin’s death as a suicide. The Organization for Security and Cooperation in Europe, or OSCE, is pushing for his death to be “swiftly and thoroughly investigated.”

Without directly alleging that Shchetinin’s death was the result of foul play, Dunja Mijatovic, OSCE representative on freedom of the media, said Ukrainian officials should “improve the fragile situation regarding the safety of journalists and fully and effectively address the issue of impunity.”

On Sunday, the Kyiv offices of the TV news station Inter were set ablaze in an arson attack. Protesters had gathered outside the building to rally against the channel’s alleged pro-Russian bias, setting tires on fire and spray painting graffiti on the side of the building and on a fence hastily put up to keep them back.

One message read: “Inter—get out!” Another said: “Inter agents of Moscow.”

There were reports of minor injuries, but no deaths. Protesters barricaded Inter’s offices until Tuesday, when a deal was allegedly reached with the news agency, in which unspecified changes to Inter’s editorial policy were agreed upon.

“If the channel fails to observe the deal, the blockade will be resumed in a more radical way,” said Oleksiy Serdiuk, a protest leader, according to the Ukrainian news site Ukraine Today.

Many Ukrainians took to social media for a polarizing debate about the Inter incident.

Inter is commonly known among Ukrainians to harbor a pro-Russian bias, and after more than two years of war against pro-Russian separatists and Russian regulars in eastern Ukraine, and the murder of more than 100 protesters by the Yanukovych regime during the 2014 revolution, there is no love lost in Ukraine for those who promote Russian propaganda.

The arson attack against Inter on Sept. 4 was preceded by a Facebook post on Aug. 31 by Ukrainian Interior Minister Arsen Avakov, in which he pushed for the National Television and Radio Broadcasting Council and the Security Service of Ukraine, or SBU (Ukraine’s equivalent of the FBI), to investigate Inter for “anti-Ukrainian” and “anti-state” propaganda.

Most Ukrainian officials condemned the Inter incident. Some also expressed concern about the perceived damage to Ukraine’s ongoing efforts to showcase the country’s progress toward a stable democracy worthy of deeper ties to the European Union and NATO.

“It’s clear that those who want to show a turbulent Ukraine suffering from destabilization and alike benefit from this,” Ukrainian Prime Minister Volodymyr Groysman told Ukrainian media. “But it is important that the law enforcement system gives an adequate answer: who has done this, what was the aim, and, most important, those people should be punished.”

Kovalenko noted that the Kremlin exploits incidents like the Inter arson attack as part of an ongoing effort to destabilize Ukraine to undercut support from the U.S. and the EU.

“I treat an attack on Inter TV as another element of Kremlin’s infowar … and at the same time damage the reputation of the Ukrainian government abroad to force the West to weaken support in times of military aggression,” Kovalenko said. “Freedom of the press is a very sensitive value for Europe and the U.S., therefore, Moscow propagandists love to speculate on this to get the maximal level of media noise.”

The patience and resolve of the EU to maintain punitive economic sanctions on Moscow for its aggression in Ukraine will likely wear thin if Ukraine is perceived as slipping back into old authoritarian habits. And U.S. support for Ukraine—including military training programs and the delivery of limited nonlethal military hardware—could also dry up if Kyiv fails to show adequate progress in shoring up its democratic institutions.

“The whole world is watching you. That’s a fact,” U.S. Vice President Joe Biden said in an address to Ukraine’s parliament on Dec. 9. “They’re watching you because their hopes for your success as you fight both the unrelenting aggression of the Kremlin and the cancer of corruption will impact on them.”

Ukraine’s moment. It may be your last moment. Please for the sake of the rest of us, selfishly on my part, don’t waste it. Seize the opportunity. Build a better future for the people of Ukraine.