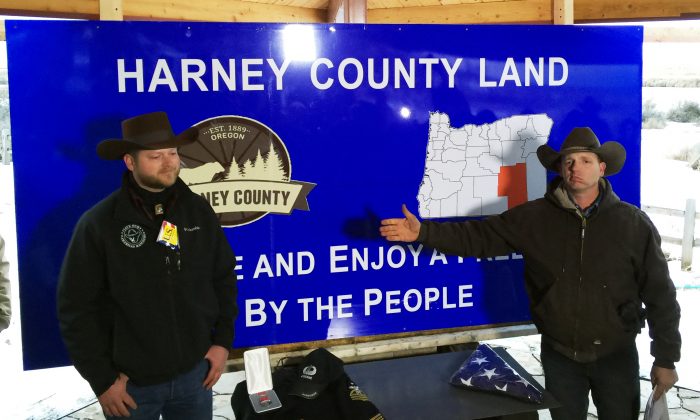 Journalists Back Away From Oregon Militia Standoff as FBI Surrounds Buildings: ‘It’s Not Safe’

Journalists who have been covering the Oregon militia occupation of a federal wildlife refuge are leaving the scene after the FBI surrounded the area.

John Sepulvado, a reporter with Oregon Public Broadcasting, said via Twitter that he and his colleagues have left the compound along with reporters from KGW, KOIN, and Fox12.

“We determined it’s not safe,” he said.

“Was told by FBI that we were on our own–essentially stuff is going down and we need to move,” he said.

Sepulvado said the reporters are still inside the refuge, but about a fifth of a mile from the main compound. But soon it appeared they were moving back or leaving entirely. For instance, around 8:40 a.m. PT, Lauren Martinex of KTVZ tweeted two videos of her driving out of the refuge.

Press has been told by FBI no safety, move back 10 miles.

“The FBI has surrounded all roads to the refuge–meaning a handful of militants and media are inside,” Sepulvado said several hours prior.

“The FBI has not indicated when they will move–I’m hearing people can leave the perimeter with ID and a vehicle search.”

Les Zaitz, a reporter with The Oregonian, said around the same time that police had established new checkpoints around the refuge in addition to roadblocks.

“Only local ranchers allowed through. Refuge occupiers can leave,” he said.