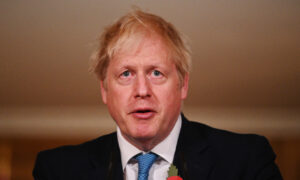 Many Places Will Be in Higher Tiers After UK Lockdown: Johnson
0
Share Now
FacebookTweetParlerEmail
Copy Link 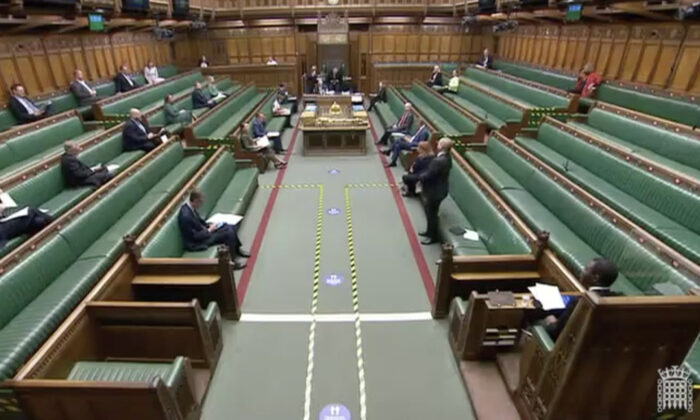 The House of Commons in London on Nov. 26, 2020. (Screenshot/Parliamentlive.tv)
UK

Peter Hitchens urged people in England to write to their MPs to tell them to vote against the government’s COVID-19 Winter Plan on Tuesday, or face losing their seats.

The journalist, author, and broadcaster announced his mass letter-writing campaign on Friday in a series of tweets.

“Imagine if every MP wakes up on Monday and finds his or her inbox *crammed* with e-mails saying ‘Stop strangling the country, or you face losing your seat’,” Hitchens wrote.

Imagine if every MP wakes up on Monday and finds his or her inbox *crammed* with e-mails saying ‘Stop strangling the country, or you face losing your seat’. It’s so easy https://t.co/QZUdKtjHof So do it.

Hitchens said that “millions should write to their MPs” and suggested people to be “polite but flinty” and try not to argue.

“Most MPs can’t reason. No point in arguing with them. But they can all count,” the author said in one of the tweets. “If enough people write … before Tuesday, saying ‘If you vote to destroy the livelihoods of others, why do you expect to keep your seat?’, they’ll change their tune,” he added.

“What matters is that many write,” Hitchens repeatedly emphasised, later adding, “Numbers are the only power we have.”

The COVID-19 Winter Plan (pdf) is due to take effect on Wednesday and lasts until the end of March, and consists of using a three-tiered lockdown system as the primary method to control the spread of the CCP (Chinese Communist Party) virus, while ramping up tests and preparing to roll out vaccination.

In a list of tier allocations the government published on Thursday, 99 percent of the English population was placed under tiers 2 and 3, with the exception of three local authorities.

The Conservative Woman website on Saturday backed the campaign.

“The Conservative Woman is giving its full backing to Peter Hitchens’s campaign for a mass write-in to MPs this weekend on the lines of ‘If you vote to destroy the jobs of others, don’t expect to keep your seat,’” the site says.

The Lockdown Sceptics site also backed the campaign, calling it “a great idea.”

Prime Minister Boris Johnson on Friday said that he understood why people would feel frustrated with the new measures, but there was no other way.

The main opposition Labour Party has so far supported all of the Tory government’s previous lockdown measures, and provided enough votes for them to pass Parliament despite growing rebellion among Conservative MPs.

It is unclear if Parliament will pass the new tiered plan, with Labour’s Shadow Health Minister Justin Madders saying on Friday the party was yet to decide on its stance.

The government has been facing growing disquiet from backbenchers, including a group of over 70 Tory MPs who had already threatened to rebel against party whips if the government fails to justify further restrictions.

Conservative MP Charles Walker expressed his concern on Tuesday after a 72-year-old woman was arrested for protesting outside the Houses of Parliament.

He asked the Deputy Speaker of the House, Dame Rosie Winterton, to bring the prime minister or the Home Secretary Priti Patel to the House of Commons to “sort this mess out.”

“She was an old lady, robbed of her dignity for having the courage to protest about having her fundamental rights and those of my constituents and others removed,” Walker said.

Before the second national lockdown on Nov. 2, Walker told Johnson that voting against the lockdown was “the only legal mechanism left open” for him.

“I will not be supporting the government’s legislation on Wednesday, because as we drift further into an authoritarian coercive state, the only legal mechanism left open to me, is to vote against that legislation,” Walker said about the four-week national lockdown, which later passed in Parliament.

“If my constituents protest, they get arrested,” he added.

Walker said the UK needed a written constitution “underpinned and enforced by the Supreme Court” to guarantee the “fundamental rights of our constituents.”

On Friday the Met reminded those planning to protest on Nov. 28 that protests are not allowed under CCP virus regulations.

“The Met is urgently reminding those looking to attend that protest is not currently a permitted exemption to the prohibition on gatherings under the current coronavirus regulations,” the Met said in a statement.

David English and Simon Veazey  contributed to this report.