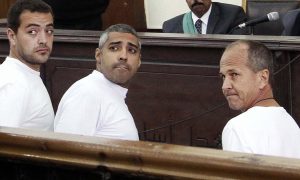 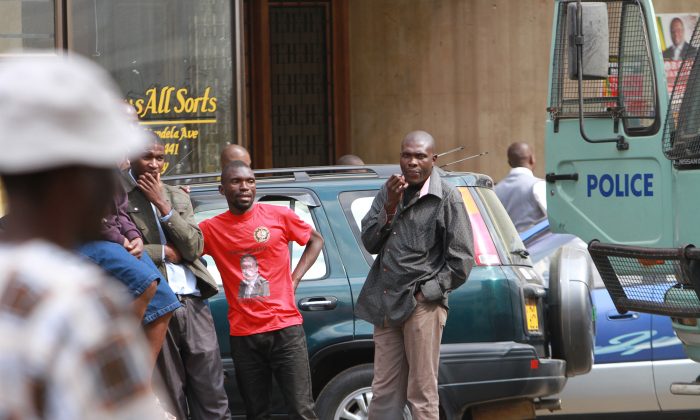 Movement For Democratic Change (MDC) supporters are seen next to a police vehicle outside their party offices in Harare, Friday, Aug. 9, 2013. (AP Photo/Tsvangirayi Mukwazhi)
Africa

HARARE, Zimbabwe—The attorney for a Zimbabwe journalist says his client was convicted of publishing a newspaper in a southern town without government permission and sentenced to eight months in prison.

Several newspapers and radio stations have already been closed under Zimbabwe’s harsh media laws and dozens of journalists have been arrested over the past 15 years.

Defense lawyer Martin Mureri said his client Patrick Chitongo was only putting together a dummy version of the paper to apply for a license. They plan to appeal the conviction.

Although several privately owned newspapers are in circulation, the government is the largest media owner, running over a dozen national and community newspapers as well as enjoying television monopoly.