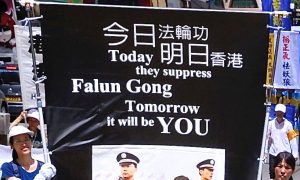 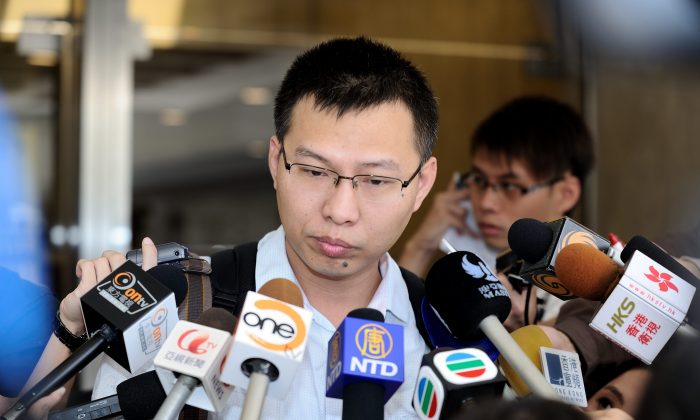 Journalist Li Jianjun meets the media on Aug. 5, 2013 to talk about the charges he has made that the chair of China Resources, Song Lin, is involved in corruption. (Song Xianglong/Epoch Times)
China

HONG KONG—Investigative journalist Li Jianjun started hunting his quarry in October 2012, researching the business dealings of the state-owned conglomerate China Resources and its chairman. While the journalist has had one of the most powerful businessmen in Hong Kong or China in his sights, he seeks even bigger game—putting more control in the hands of China’s citizens.

In April Li Jianjun published an article in Hong Kong’s Phoenix newspaper discussing an improper deal to buy coal in northern China’s Shanxi Province by China Resources Electric, a division of China Resources. Other articles appeared in other Hong Kong papers in April and May also discussing alleged corruption at the firm, but seemingly without effect.

On July 18, the Chinese Communist Party’s Central Commission for Discipline Inspection, which investigates and punishes Party members, announced it was aware of the allegations against Song and said it would investigate.

That same day, Li Jianjun, along with five other small shareholders in China Resources Electric, held a press conference to detail the allegations made in a groundbreaking lawsuit they had filed in Hong Kong’s High Court against Song Lin and China Resources.

Li and his fellow shareholders said that in 2010 China Resources Electric had overpaid by ten billion yuan (US$1.6 billion) for three coal mines in Shanxi Province. The mines, they said, did not even have operating licenses. One of the properties was used for grazing sheep.

Song Lin was said to have profited personally from the deal, while shareholders had been defrauded.

On July 18 China Resources posted a statement on its website denying the allegations.

China Resources is ranked 187th in Fortune magazine’s list of the top 500 companies around the world by revenue. The magazine ranks Song as the twentieth most influential Chinese businessman. A Communist Party member, Song holds vice-ministerial rank as head of this state-owned company.

Li Jianjun, aged 36, has for ten years worked to investigate official corruption in mainland China. In April and May, 2013, he bought 4,000 shares of China Resources Electric so that he could use the status of a small shareholder to advance his investigation of Song Lin.

After his initial investigation, Li said the basic picture became clear: the Shanxi coal mine deal involved a conspiracy between a high ranking company official and a rich mainland merchant to cheat shareholders through falsified financial reports. China Resources Electric overpaid for the coal mines, and money returned to company officers in the form of kickbacks.

According to Li, the Shanxi deal is only a fraction of the shady deals at China Resources Electric. He says the company has an off-the-record fund of 250 billion yuan (US$41 billion).

Song Lin is implicated in another major bribery case in Hong Kong, according to Li, but the evidence for this crime cannot be made known at this time. Li claimed China Resources is so influential it could find a way to make the evidence disappear.

Li said he has solid information on this case from a high-ranking officer in China Resources Electric, with whom he has communicated through an intermediary.

Hong Kong offered special advantages to Li for his pursuit of Song. Song is an officer in a publicly traded company there, and some of the acts of bribery involving Song uncovered by Li occurred in Hong Kong, Li said. Also, Hong Kong has an independent legal system.

In the mainland, on the other hand, Chinese Communist Party officials supporting Song could choose to investigate allegations selectively, Li said.

In 2010 and 2011, investigations into China Resources and Song Lin by the National Audit Office were stopped by phone calls from a high-ranking official, Li said.

According to an officer with a state-owned enterprise in Hong Kong, Song Lin is very close with Zeng Qinghong and the disgraced former Politburo member Bo Xilai, both of whom have been key members of the faction grouped around former CCP head Jiang Zemin.

Song’s cooperation with Bo is said by this officer to have stretched from the time when Bo was the Party boss of Dalian in the late 1990s through his time running the megapolis of Chongqing. Bo was arrested in April 2012 and indicted this July for corruption and other charges.

Zeng Qinghong is known as a powerbroker in the Party, a former vice-chair of the People’s Republic of China, head of the intelligence services, a mogul in the petroleum and power industries, and a top supporter of Jiang Zemin. For a long time Zeng held the Party’s portfolio for Hong Kong and Macau.

The Epoch Times has previously reported that Zeng instructed Song to support the faction of Jiang Zemin in backing Leung Chun-ying to become the Hong Kong chief executive.

Li refused to say who exactly was the official who has been protecting Song Lin, saying only that he was formerly of the top rank.

The Discipline Committee investigation of Song Lin threatens to deprive Jiang Zemin’s faction of an element in its power, the control of China Resources.

In a case reminiscent of Song Lin’s, Liu Tienan, the director of the National Energy Administration and the man said to be financial manager of the Jiang faction, was cashiered in May following an investigative report in Caijin magazine charging him with corruption.

On July 1 Leung Chun-ying named Song Lin a Justice of the Peace in Hong Kong, a move Li Jianjun greeted with incredulity. Li dismisses the possibility that Leung was unaware of the accusations against Song, pointing out that in April and May there were widespread reports in Hong Kong’s media alleging Song’s corruption.

Translated by Michelle Yu. Written in English by Stephen Gregory.