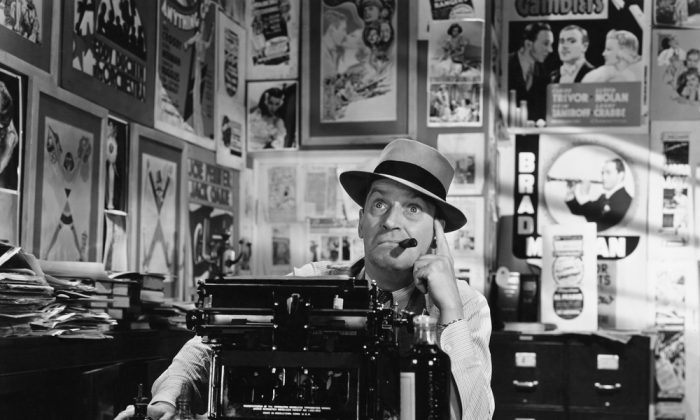 The Atlanta Press Club just brought me a dose of inspiration from below the gnat line. The gnat line is a geological feature that bisects Georgia. North of it, no gnats. Below it, gnats galore. The gnat line was the shore of the Atlantic Ocean in the Mesozoic Era. It separates the hills of Georgia’s Piedmont from the Coastal Plain.

Macon, Georgia lies south of the gnat line. Macon is an incubator of journalism innovation. Honest. Mercer University in Macon created the Center for Collaborative Journalism (CCJ). Students there build real, solid portfolios while they are in college. Their professors are working journalists, with active connections and contacts that they share with the baby journalists.

I sat with one of the fledglings at Atlanta Press Club’s Journalism Next: Thriving in the Digital Age on Saturday at Mercer’s Atlanta campus. Editor of her campus paper, she shone as she described the challenge of convincing print reporters to publish quickly to the Web, instead of thinking that the print deadline was the only time consideration.

She was handling one of the big issues of our industry. As a student at CCJ, she was part of what the New York Times called “one of the nation’s boldest journalism experiments.”

The idea is to combine journalism education with an apprenticeship. CCJ took medical schools “with their time-tested teaching hospital model” as its form, according to its catalog. The newspaper Macon Telegraph and Georgia Public Broadcasting are among CCJ’s partners. The paper is in the CCJ building, and the television station is next door. Students publish and broadcast with the partner media. They get paid. Some members of the faculty are journalists in residence, both teaching and working at the partner media. How brilliant is that?

One of those hybrid teachers/reporters was the entirely entertaining Adam Ragusea who joked, speaking of his education in classical music, “When journalism is your fallback career, you know you have made poor life choices.” He mimed the dilemma of trying to take a clear iPhone photo while holding a microphone with the other hand. You cannot pinch to zoom one-handed. I feel you, brother! Been there.

He said this practical problem can be solved. The answer is the app Camera Plus, which allows you to zoom one-handed, as well as to edit much better than you can with the phone by itself.

Better yet, he gave us a fragrant bouquet of less-known, innovative tools to do investigative reporting, as well as multimedia storytelling. Northwestern University’s Knight Lab, bless its benevolent heart, funds journalism innovation, and then gives those innovative creations a stable home at Northwestern University. So they do not come and go like some undercapitalized digital things. They last.

My favorite: Document Cloud. It lets you convert scanned documents like PDFs into searchable, editable text files. It can tell you the frequency of certain terms. For example, you have an indictment. Tools in Document Cloud can show you what names are mentioned most often. As a reporter, you then know who you need to call. Brilliant again.

Before the workshop began, Ragusea asked us to introduce ourselves. One gentleman said he was “Hank Klibanoff, professor at Emory.” Modest. He did not say that he won the Pulitzer Prize for his and Gene Roberts’s book, “The Race Beat: The Press, The Civil Rights Struggle, and the Awakening of a Nation.”

Klibanoff was a reporter in Mississippi during the civil rights movement, and he is still working on cold cases, trying to bring the unsolved murders from that time to justice.

From the back of the room, Klibanoff asked, “Would Document Cloud work on an old FBI file or police report, something marked up and not too clean?”

Ragusea said it would. And I remembered that journalism is about much more than word counts, Web hits, and the bottom line.