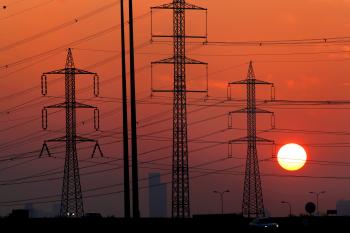 Shaoshao Chen
View profile
Follow
biggersmaller
Print
First came corn and cane as biomass renewable energy, and then celluose and algae. This year, a new contender to the biofuel industry emerged by creating fuel with a mixture of carbon-dioxide, sunlight, and organisms.

Cambridge, Massachusetts-based Joule Biotechnologies announced earlier this year a method the company dubs "Helioculture" technology that produces hydro-carbon fuels by combining microorganisms that make fuel and chemicals from the photosynthetic interaction of sunlight and CO2.

The process will rely on flat solar converters to optimize the process of making what the company describes as solar fuel.

According to Bill Sims, Joule's president and CEO, laboratory tests show that adding carbon dioxide and sunlight to the process causes the organism to secrete ethanol, hydrocarbon-based fuel and chemicals. The end product is described as a hydro-carbon fuel rather than biofuel.

The company has declined to release the name of the organism, citing competitive reasons. Unlike biofuel created from algae, it does not need to be refined.

"This achievement marks a critical step towards making renewable diesel fuel a reality at high volumes and competitive costs," said Bill Sims, CEO of Joule Biotechnologies in a release.

Backed and funded by Flagship Ventures, Joule has been operating in stealth mode since 2007. It will turn out its first product, solar ethanol, in a pilot plant by next year. The company expects to break ground in commercial scale operations in 2011 with the capacity to produce over 20,000 gallons of fuel per acre annually.

Joule claims to be able to produce fuel at a cost equivalent to $50 per barrel of oil.

Sites near CO2 producers, such as coal-fired power plants and cement kilns, are being evaluated by Joule as potential locations for a pilot plant.

Biofuel technology developers are in a rush to meet the U.S. Renewable Fuel Standard that calls for the production and blending of 36 billion gallons of renewable fuel into the gasoline supply by 2022. Of that total, 21 billion gallons are required to be made from nonfood supplies.

In 2006, the recorded amount of renewable fuel blended into gasoline was nine billion gallons.

Joule is one of dozens of companies seeking to create ethanol from sources other than corn, a practice criticized for requiring large swatches of land and water and for raising food prices.

Cellulosic ethanol created from plants such as switch grass, wood chips and lawn byproducts has been produced by companies. However, progress has been slow.