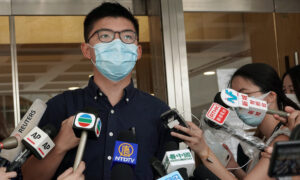 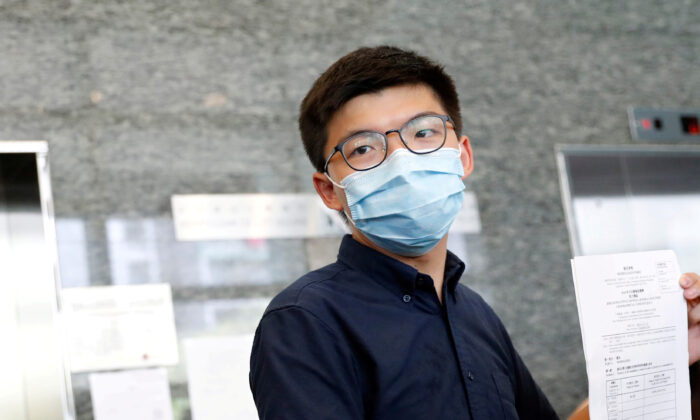 Both were in police custody when they were taken into questioning on Thursday.

Although Wong and Tam were in custody, Hong Kong police stated that they were arrested again due to their running in the 2020 primary elections for the pan-democracy camp. Since the two were already serving a sentence in detention, there was no need for bail or reporting to a police station.

Both Wong and Tam were both candidates in the primary elections. The elections were held on July 11 and July 12 last year ahead of the Legislative Council (LegCo) elections, initially scheduled for September. But they have since been indefinitely postponed.

The pan-democratic primary was the first-ever grassroots effort bringing together all democratic parties in Hong Kong in the hopes of winning a majority of more than 35 seats in the LegCo. Over 600,000 Hongkongers cast their ballot in the primary vote.

Nathan Law, Sunny Cheung, and Ted Hui—Hong Kong primary candidates in exile—issued a statement on Facebook on Jan. 6: “The unprecedented scale indicates how the communist government has decided to purge the democratic camp, silencing all dissent. White terror stems from the ambiguity of the law; it threatens all 600,000 Hongkongers who had cast their vote.”

According to a Jan. 7 update posted by supporters on Joshua Wong’s Facebook page: “The welfare officer of the Correctional Services Department notified Joshua Wong’s family that Joshua was transferred from Shek Pik Prison to Lai Chi Kok Correctional Institution this morning to record a statement. He was charged with violating the Hong Kong National Security Law.”

The post said that Wong’s lawyer was not present as Wong recorded his statement. And when the lawyer arrived, Wong had already been returned to prison.

Wong was dressed in prison clothes, handcuffed with chains around his waist—a look similar to how the founder of Next Media, Jimmy Lai, appeared at a recent trial. Lai was back in custody after he was denied bail on Dec. 31 last year.

Joshua Wong was jailed on Dec. 1 for his role in the anti-government protests of 2019. His sentence is for 13 and a half months.

Tam Tak-chi has been in detention since September 2020. He was charged with incitement over his shouting of slogans such as “Liberate Hong Kong, Revolution of Our Times” and “Five Demands, Not One Less” on the street.