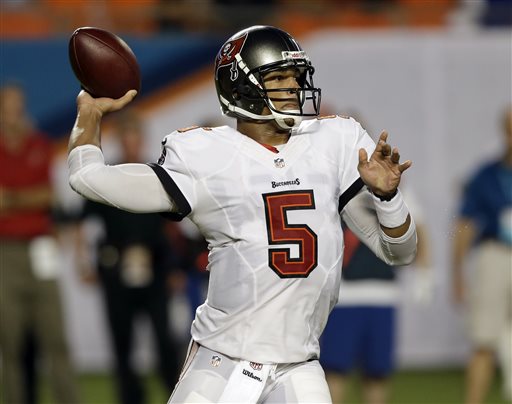 Josh Freeman, the quarterback with the Tampa Bay Buccaneers, was released on Thursday, it was reported.

ESPN’s Adam Schefter, via Twitter, reported on the development.

Freeman was released by the team after it failed to trade him.

This season, Freeman was woefully inefficient and turned the ball over frequently.

Backup quarterback Mike Glennon, a rookie, was put in last week to replace him.