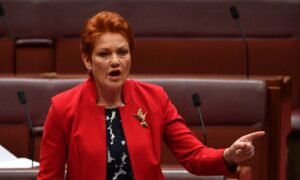 Jordanian Who Killed 7 Israeli Girls in 1997 Set for Release

AMMAN, Jordan—An official in Jordan’s government says a Jordanian soldier who killed seven Israeli schoolgirls visiting the country on a class trip will be released after serving 20 years in prison.

Spokesman Mohammed Momani said Tuesday that Ahmed Daqamseh is to be freed next week, possibly Monday, after completing his term.

Daqamseh killed the girls in a 1997 shooting rampage at the “Island of Peace” border post.

A military court deemed him mentally unstable and sentenced him to life in prison, which in Jordan typically means 25 years. Jordanian lawmakers lobbied in the past for his early release.

King Hussein, Jordan’s ruler in 1997, paid a rare visit to Israel to express his condolences to the girls’ parents.

The shooting came three years after Israel and Jordan signed a peace treaty.