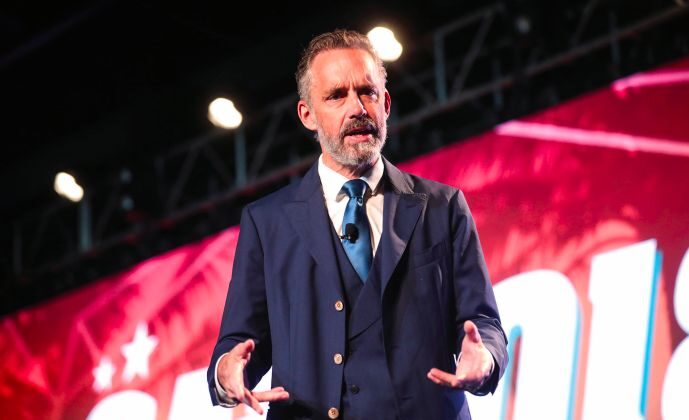 Bestselling author and psychologist Jordan Peterson has been barred from Twitter after he made comments related to a transgender actor, his daughter Mikhaila Peterson said on the platform.

“Wow. @jordanbpeterson got a twitter strike,” she wrote. “No more twitter until he deletes the tweet. Definitely not a free speech platform at the moment @elonmusk.”

The Twitter post featured screenshots of the comments Jordan Peterson had made about Canadian actor and producer Elliot Page, the “Juno” star whose name was Ellen Page prior to December 2020.

“Remember when pride was a sin? And Ellen Page just had her breasts removed by a criminal physician,” Peterson wrote on June 22 while also sharing a Twitter post from the New York Post on the same day about how Page is “‘proud’ to introduce trans character” on a Netflix series called “Umbrella Academy.”

“Umbrella Academy” incorporated the gender change of Page into its third season, where the character Vanya was renamed Viktor. Netflix told The A.V. Club in late March that Page’s character was set to “come out as transgender in season 3 and be henceforth known as Viktor Hargreeves.”

In screenshots shared by Mikhaila Peterson on Wednesday, Twitter said that the post from her dad violated the company’s rules on “hateful conduct.”

“You may not promote violence against, threaten, or harass other people on the basis of race, ethnicity, national origin, sexual orientation, gender, gender identity, religious affiliation, age, disability, or serious disease,” Twitter said.

Twitter said it temporarily limited some of Jordan Peterson’s account features, such that he can only browse Twitter and only send direct messages to his followers. “[N]o Tweets, Retweets, Fleets, follows, or likes,” Twitter said.

“Your account will be restored to full functionality in: 12 hours and 0 minutes,” the company added. “You can start your countdown and continue to Twitter once you: Delete the content that violates our Rules.”

Twitter also provided an option to contact its support team in the event that Peterson believes the company made a mistake.

Dave Rubin, a political commentator and host of “The Rubin Report,” said that Peterson told him he will “never” delete the Twitter post.

“The insanity continues at Twitter. @jordanbpeterson has been suspended for this tweet about Ellen Page. He just told me he will ‘never’ delete the tweet,” Rubin said. “Paging @elonmusk…”

“Twitter continues its assault on free speech. PragerU has been fighting against Big Tech censorship for years. Now our friend and PragerU presenter Jordan Peterson is the latest to get locked out of his Twitter account and we need to show our support for him,” the group said on its petition website.

“Jordan Peterson is one of the most respected and greatest thinkers in the world today. He has made several videos with PragerU that showcase his brilliant mind and impart wisdom for living a good life. We’re collecting signatures from our PragerU audience to send to Twitter and demand that they stop censoring Jordan Peterson and others. Let’s show Jordan that we support him and his right to free speech.

“PragerU stands with Jordan Peterson. Everyone should have access to what he has to say. To claim that his opinion is ‘hateful,’ promotes violence, or threatens or harasses anyone is an outright lie. Do not allow Twitter to get away with this.”

Peterson is known for his book “12 Rules for Life: An Antidote to Chaos,” which has topped bestseller lists in Canada, the United States, and the United Kingdom.