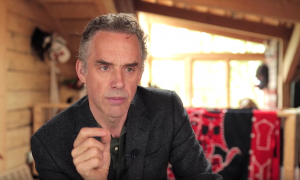 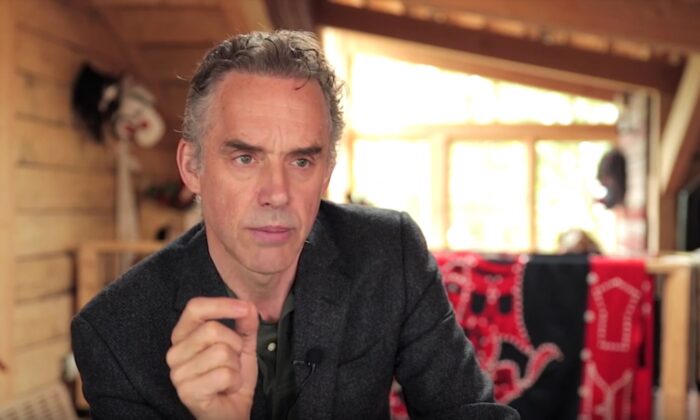 Jordan Peterson, Canadian clinical psychologist and professor of psychology at the University of Toronto, explains the communist roots of postmodernism during an interview with The Epoch Times on June 15, 2018. (The Epoch Times)
Canada

Canadian Clinical psychologist and University of Toronto professor Jordan B. Peterson has checked himself into rehab in New York, his daughter shared on Thursday, Sept. 19.

Peterson shot to fame after finding himself at the center of a free speech controversy in 2016, when he expressed reservations about a law in Canada that would compel people to use “correct pronouns” when speaking with transgender people. He is also known for his book “12 Rules for Life: An Antidote to Chaos,” which has topped bestseller lists in Canada, the United States, and the United Kingdom.

Mikhaila Peterson, his daughter, shared in a video on her YouTube channel that her father faced “horrific” symptoms after trying to get off the drug clonazepam, a tranquilizer used to treat seizures and panic disorder.

Peterson, 57, was prescribed antidepressants as well as clonazepam by a family doctor to help him with the stress he faced following wife Tammy Peterson’s cancer diagnosis late April this year, and later, surgical complications she faced after a kidney removal, Mikhaila said in the 8-minute video.

After Tammy recovered, Peterson tried to quit taking clonazepam over the summer, she said.

“Turns out clonazepam is hell to get off of,” Mikhaila said, adding that when her dad tried to stop cold-turkey after speaking to a psychiatrist, he experienced “horrific physical withdrawal and anxiety.”

Mikhaila said that such symptoms are “more than common with clonazepam” and explained that her father is in New York at an unidentified rehab clinic because he is trying to get off the drug by using other medications.

“He wanted to get off of this as quickly as possible and honestly needs the medical help,” she said.

The 27-year-old warned her viewers to “be very wary of clonazepam.”

“It’s not just an anti-anxiety medication. It’s very very difficult to get off of without experiencing physical withdrawal. If you take it for more than 6 weeks,” she said. “I’ve never seen my dad like this, he’s having a miserable time of it. It breaks my heart.”

“The situation is really sad. He looks like a lost puppy. But it’ll only last while he gets this horrible medication out of his system and then we’ll be good to go again,” she said. “The important part of this entire thing is mum is going to be okay and that’s where most of the stress was.”

The Food and Drug Administration (FDA) states that when people try to stop taking clonazepam, doing so gradually is “essential.”

“While [clonazepam] is being gradually withdrawn, the simultaneous substitution of another anticonvulsant may be indicated,” the FDA states.

In his university lectures and other talks, Peterson has shared about his depression, which he has struggled with since his teens.

“I’ve had depression since I was 13, probably, and very severe, and I’ve treated it a variety of ways, some of them quite successfully. But it’s been a constant battle, and my father had it, and his father had it, it’s just rife in my family,” he said in an interview with podcast host Joe Rogan in July 2018.

This year, following wife Tammy’s cancer diagnosis, Peterson suspended a speaking tour for his book “12 Rules for Life.” Peterson also delayed the publication of another book.

Read More
Book Review: ’12 Rules for Life: An Antidote to Chaos’ by Jordan B. Peterson
Why Jordan Peterson Isn’t Going Away Any Time Soon
Jordan Peterson Exposes the Postmodernist Agenda
Jordan Peterson: Collectivism Is Tyranny Under the Guise of Benevolence