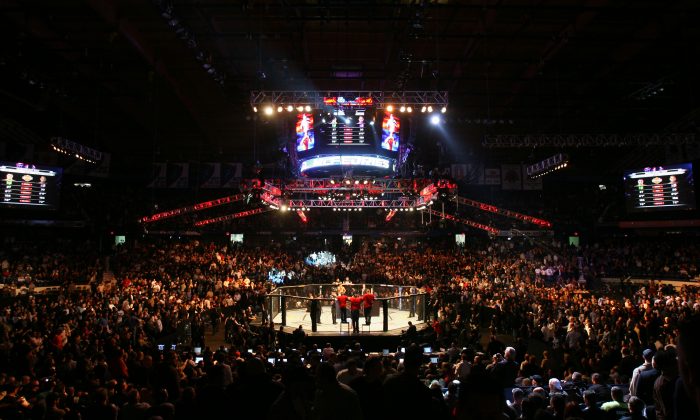 People attend the UFC 90 at UFC's Ultimate Fight Night at Allstate Arena on October 25, 2008 in Chicago, Illinois. (Tasos Katopodis/Getty Images)
Other US

MMA fighter Jordan Parsons has died at the age of 25 after being struck by a car in a hit-and-run incident in Delray Beach, Florida on May 1.

“It is with profound sadness that we announce the passing of a dear member of the Bellator family, Jordan Parsons,” Bellator President Scott Coker said in a statement Wednesday.

Officials believe Parsons was wearing headphones when crossing a highway in Delray Beach around 12:30 a.m. Sunday when a silver Range Rover hit him and drove off, according to a report on NY Daily News.

Previously it had been reported that Parsons’ leg had to be amputated.


Parsons, a Michigan native, had posted an 11–2 record and was scheduled to fight Adam Piccolotti at Bellator 154 in San Jose on May 14, according to a report on mmafighting.com.

Police are searching for the Range Rover driver and are asking for the public’s help in identifying the individual responsible. The vehicle may be visibly damaged with the driver’s side-view mirror coming off in the collision.