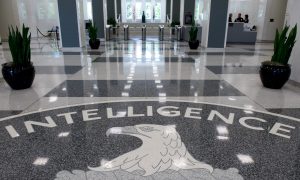 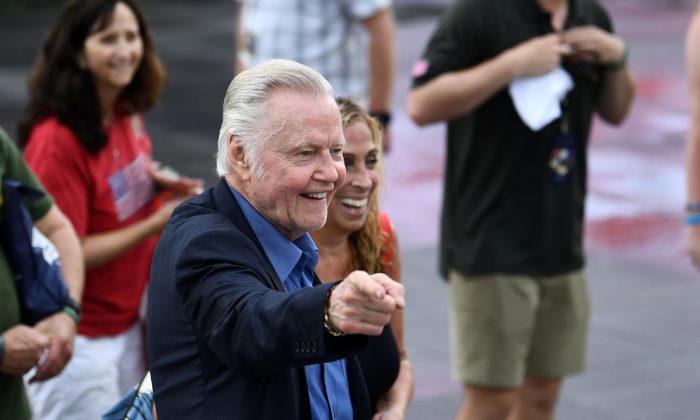 American actor Jon Voight greets people as they gather on the National Mall ahead of the "Salute to America" Fourth of July event with President Donald Trump at the Lincoln Memorial in Washington on July 4, 2019. (Photo by Brendan Smialowski/AFP/Getty Images)
Entertainment News

Jon Voight on Trump Impeachment Effort: ‘This Is War’

It is a “war against truths,” he said before calling on Americans to “stand with our President Trump in a time of such evil words.”

“This is a war against the highest noble man who has defended our country and made us safe and great again,” he said in a video on Twitter Friday, Sept. 27. “Let me stand with our president. Let us all stand with our President Trump in a time of such evil words trying for impeachment.”

The “Coming Home” actor also said that the Democrat-led impeachment efforts are a crime.

“This is a crime that the left are trying to force. This is a disgrace by such ignorant followers that have no truth of what truly has been brought back to our country,” he said. “We have gained greatness. We have gained jobs. We have gained more than any president has promised.”

He added, “This radical left are destructive. Their codes of what is supposed to be are corrupt with lies, deceits and anger. And we ask why: we ask how could a human being have such anger toward the greatness of our country’s glory? I’ll tell you why. Because for so long their anger has been growing and with such deep pain with no open heart for loving and seeing the truth.”

Earlier this week, House Speaker Nancy Pelosi (D-Calif.) said Democrats are moving to inquire about impeaching Trump following reports that the whistleblower complaint had raised concerns about the Trump-Zelensky call. Hours later, the White House released a transcript of the call, and the complaint was released to the public on Thursday.

Voight continued in saying that supporters should “stand now with Trump” and “let truth prevail.”

“May God show all the truth, that we are truly a nation stronger because of our president. The left are afraid, for their power is lessening with every deal that is accomplished by Donald Trump,” Voight added.

“I can tell you it’s going to be a very busy couple of weeks ahead,” Schiff said, according to NPR. The chairman said the committee is trying to schedule hearings and witness interviews, as well as working on document requests and possible subpoenas.