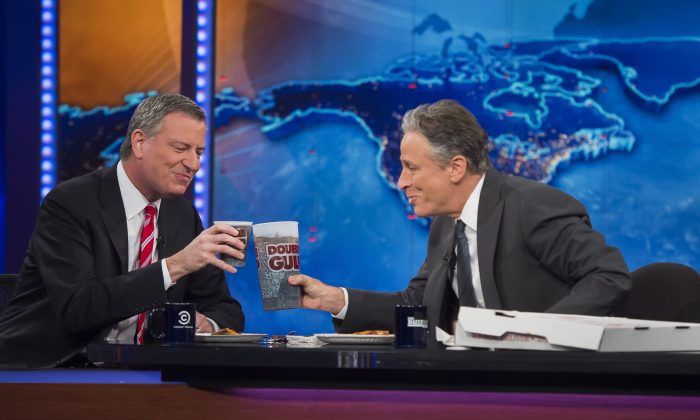 Jon Stewart, the longtime host of Comedy Central’s The Daily Show, will be leaving this year, according to reports. (AP Photo/Rob Bennett, Mayor's Press Office)
US

Jon Stewart, the longtime host of Comedy Central’s The Daily Show, will be leaving this year, according to reports.

For the better part of the last two decades, I have had the incredible honor and privilege of working with Jon Stewart. His comedic brilliance is second to none. Jon has been at the heart of Comedy Central, championing and nurturing the best talent in the industry, in front of and behind the camera. Through his unique voice and vision, The Daily Show has become a cultural touchstone for millions of fans and an unparalleled platform for political comedy that will endure for years to come. Jon will remain at the helm of The Daily Show until later this year. He is a comic genius, generous with his time and talent, and will always be a part of the Comedy Central family.”

According to AV Club:

According to sources who were there (some of whom are already passing word along on social media), Stewart let the news slip at the taping of today’s episode, telling those in the audience that he’s retiring. No word yet on when exactly he’s leaving, whether this means he’s ending his time in the anchor chair to focus on being a Serious Movie Director now, or just how much this is Brian Williams’ fault.

It’s unclear who will replace Stewart or if the show will go on.

Stewart tweeted: “Tonight! For once, you wanna stay through the interview.