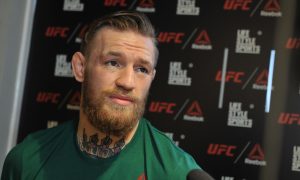 Conor McGregor Regarding Rematch With Nate Diaz: 'I'd Love to Get That One Back'
0
Share Now
TelegramFacebookTweetEmailTellMeWeReddit
Copy Link 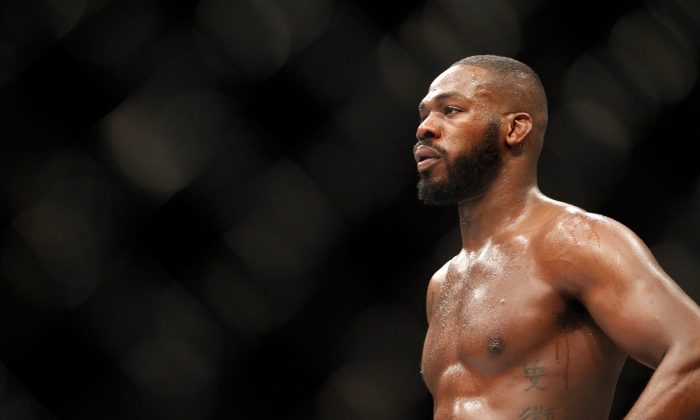 Former UFC light heavyweight champion Jon Jones remains in custody after a potential violation of his probation, while awaiting a March 31 court date, according to a report on FOX Sports.

Jones was arrested Tuesday after a traffic stop on March 24 that resulted in five citations—including one for drag racing.

A dash cam video of Jones’ exchange with the policeman who pulled him over has gone viral. The conversation between the two gets heated at times with Jones even calling him a “pig”.

Jones is currently serving 18 months probation for pleading guilty to a hit-and-run accident in April of 2015. The 18-month probation sentence was handed down last September.

Conor McGregor Regarding Rematch With Nate Diaz: ‘I’d Love to Get That One Back’

This latest incident though comes just a day after Jones settled a previous traffic violation after he was stopped and cited for driving without a license, registration, or proof of insurance. Jones avoided the ticket by promising he would donate $100 to charity and receive no further citations in the next 90 days.

Jones has denied he was drag racing though the offense was serious enough that he was arrested for a potential violation of his probation. He has a scheduled fight with Michael Cormier on April 23.