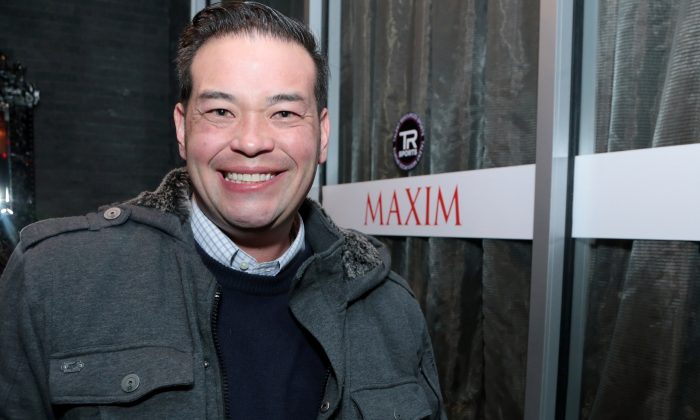 Jon Gosselin, the ex-husband of Kate Gosselin and father of their eight children, is utilizing the new app Tinder to find a girlfriend, according to a new report.

“The reality TV dad of eight is obsessed with the dating app Tinder. Jon is constantly on his phone scrolling through Tinder, picking out women to hook up with,” Star magazine reported in its upcoming December 15th edition.

“Having a girlfriend is a top priority for him. He’s like a little child and needs a girlfriend that will wait on him hand and foot,” the tabloid’s source said.

Kate later went on to have her own show, Kate Plus 8.

The pair were last seen publicly together in October, when Jon stopped by the family yard sale at St. John’s United Church of Christ in Wernersville, Pennsylvania to help out.

The yard sale was being filmed as well, for an upcoming Kate Plus 8 special that will air this month on TLC.

While Kate seems to be doing pretty good, a source told the tabloid that Jon was evicted from his home in rural PA from failure to maintain payments.

Gosselin “is broke again,” the source said, noting that he was let go by a credit card company. The situation makes his children’s visits difficult, since they have nowhere to stay.