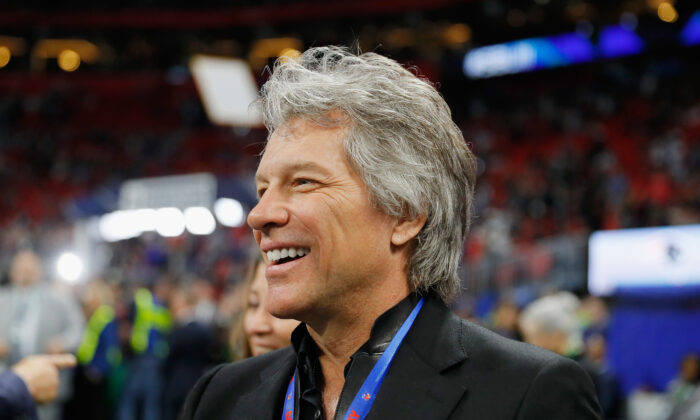 Bon Jovi and his rock group have donated half a million dollars through its JBJ Soul Foundation. The project has taken a decade to complete with the help of the non-profit organization, “HELP USA,” which helps fight homelessness in the United States.

In an appearance on CNN’s “The Lead with Jake Tapper,” rock star Bon Jovi, 57, spoke about what motivated his foundation to be among those leading the way to help.

“Oftentimes, they’re [veterans] left to deal with PTSD [post-traumatic stress disorder] and the issue of coming back to the workplace after leaving the battlefield … Life as you knew it is going to be different, and sometimes, people need that extra help,” Bon Jovi said.

The project provides not just new homes for veterans, but also various programs to help them get back on their feet.

“Jon Bon Jovi Soul Foundation joined HELP USA, the City of D.C., and other partners on May 25th in a ceremonial groundbreaking of the Walter Reed Project in Washington, D.C. We are proud to support the 77 units of “services-enriched” affordable housing for homeless Veterans. HELP USA will provide social and supportive services to the residents, and the units will be furnished to allow for immediate occupancy for homeless individuals who may be coming from shelters or other transitional housing,” The Jon Bon Jovi Soul Foundation wrote on Facebook last May.

“It’s 10 years since the conversation began, but it’s here, it’s real, and 77 Vets will have a place to call home,” he told the news outlet.

It’s the second facility that Bon Jovi’s non-profit group has funded that is exclusively for veterans, according to CNN.

The facility’s launch coincides with the release of a new song from the American rock band.

Our new song, #Unbroken, was written for the documentary “To Be of Service,” about the lives of veterans and their service dogs. All proceeds from your downloads will go to the Patriotic Service Dog Foundation.

The charity single, titled “Unbroken,” is featured in the “To Be of Service” movie, which documents PTSD in veterans and how service dogs have changed their lives.

“It was going to be a difficult task because I hadn’t served in the military,” Bon Jovi said on “CBS This Morning” on Nov. 11.

“You have to be honest if you’re going to take on this task, and be truthful in its delivery so that men and women who did serve will feel pride when they hear this song,” he told hosts Gayle King and Tony Dokoupil.

“So I talked to the director prior to his having the cut put together. He gave me some key anecdotal lines the soldiers had discussed with him.”

He told The Washington Post his parents were marines, and he began to think more about what he could do to help others after seeing a homeless man sleeping outside Philadelphia’s City Hall.

“Service was always a part of who I was,” he said.

“My mother and father were both marines, I knew where I was going with this storyline, and at the end, the punchline is would I do this all again, and the answer is yes,” he told CNN.

Bon Jovi announced on Twitter that all proceeds from downloads of the song would benefit the Patriotic Service Dog Foundation. The non-profit organization connects veterans and first responders with service dogs at no cost.