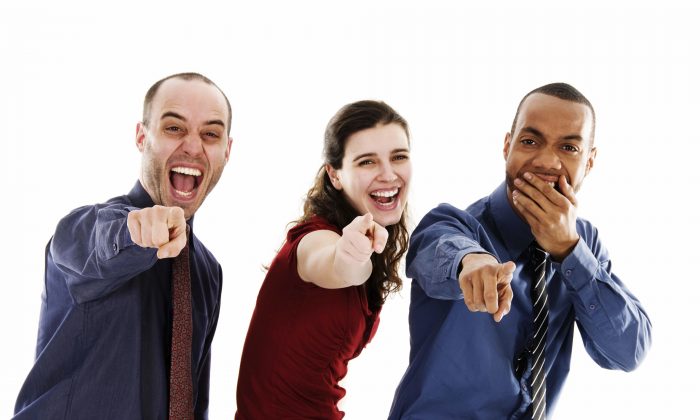 Joking Your Way to the Top: Why Laughter Is the Best Medicine for Stressed Executives

Workplaces in January are not generally very funny places to be, but new research has found humor can be just the thing to get an organization off on the right foot.

The ever-present need to respond to multiple stakeholders, operate in multiple markets and offer multiple products and services, means modern firms are often chasing multiple goals, which are not always easy to reconcile.

Leaders of many organizations are under pressure to balance their investment in existing markets and products with investment in market development and product innovation. Given budget restraints, this creates tough choices. Responding to constantly evolving regulatory requirements can also create a lot of tension and difficulty.

Yet, in a recent two-year study focusing on a large telecommunications organization dealing with stresses caused by major regulatory changes, we found people were really good-humored. They were always joking, making light of the difficult work they had to do.

Wanting to better understand this dynamic, we delved deeper, looking specifically at why people were joking so much and what it accomplished.

Interestingly, we found humor was not just a way for employees to relieve tension and make work more enjoyable through moments of playfulness, it was also actually functional. It directly addressed the tensions that people experienced.

Humor was a way for people to discuss challenging issues without being too confrontational or difficult. This was important, and not just because it enabled frank discussion of issues that were otherwise difficult to raise. We found it also could lead to confirmation of a particular view on an issue or, indeed, refutation of that view. Further, it led people to suggest a series of potential responses, which, again, could be either confirmed and embedded or deemed inappropriate, prompting a search for alternatives.

Related Coverage
How Your Table Manners Affect Your Career

In the telecommunications firm we worked with, we found people joked about all sorts of things in the context of dealing with regulatory goals which had been put in place to ensure that competitors were on equal footing and suffered no commercial disadvantage.

They joked about their long working hours, their inability to be fair and competitive at the same time, insufficient resources to complete multiple projects, knock-on implications of decisions at different levels or by different segments of the organization, audit processes taking valuable time away from “real” deliveries, and many other matters. It’s clear humor is used to deal with a wide range of issues that employees come across every day and that they have to work through.

We realized that humor was absolutely commonplace. It wasn’t something special that happened, but rather a natural response that people enacted when dealing with difficult situations in the workplace. When facing tension, people use humor to reinforce existing perceptions and responses or to reorient themselves and come up with new responses.

Since workplaces are interactive places, where people come together to discuss and work through issues, humor is very important. It has a key role in helping staff work through complexity and find constructive ways forward. It avoids lengthy delays created by circular discussion and avoids costly stalemates. Humor can be an effective way of dealing with tensions caused by organizational change, contradictions and competing interests in the workplace.

People are often quick to dismiss humor at work as “playtime”, something that distracts people from focusing on really getting the work done. Our research suggests this could be a flawed conclusion—it may be precisely through humor that employees are able to do their work.

Managers should pay more attention to humor as an everyday response to tension. Next time you hear someone joking and laughing, think carefully about why they are doing that and what they are achieving.

Jane Lê is a senior lecturer at the University of Sydney in Australia. This research was jointly conducted with Professor Paula Jarzabkowski at London’s Cass Business School.