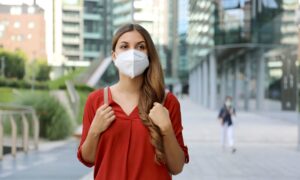 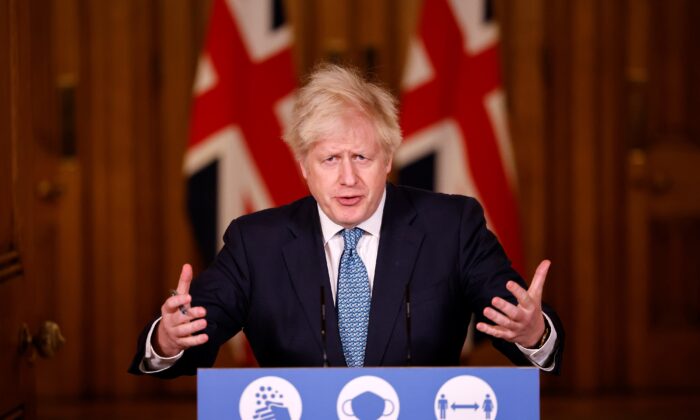 Prime Minister Boris Johnson said on Monday that the UK will announce even tougher restrictions to stem the spread of the CCP virus that has killed tens of thousands and ravaged the country’s economy.

Johnson told ITV News that though the effects of current tier four restrictions are still unclear, the signs are that amid surging cases, more stringent rules will be needed to bring down infection rates.

“If you look at the numbers, there’s no question that we are going to have to take tougher measures and we will be announcing those in due course,” he said.

Most of the country has been under the highest tier four stay-at-home level of the government’s system of CCP (Chinese Communist Party) virus curbs since many areas were moved up from lower tiers on Dec. 31.

It followed the reduction to Christmas Day-only of a previously announced concession that rules be relaxed across the whole of the UK for families and friends to meet for five days over the festive period.

Much hope has been pinned on vaccines as a way out of restrictions. On Monday the UK government began rolling out the AstraZeneca vaccine against a rising tide of infections that seemingly hasn’t been slowed by any of the previous lockdown measures.

The government’s scientific advisers attribute the current uptick in cases to the spread in the southeast of a new variant, which several preliminary studies suggest is transmitted up to 70 percent more quickly, and which Health Secretary Matt Hancock described on Dec. 21 as the “worst news” of the pandemic.

The situation was further aggravated by the detection of two cases in the UK of an even more virulent strain that emerged in South Africa. Flights from the African nation to the UK were subsequently banned.

Though Hancock said he was “very worried about the new South African variant,” he downplayed its direct impact on the UK.

“Thankfully there isn’t evidence of very much spread of the South African variant here. We’ve seen two cases but we haven’t seen any further cases since then,” he told ITV news.

However, he said that “we’ve got to keep an eagle eye on this one because it is even harder to deal with than the UK variant.”

The weekly average death toll from the virus has risen by 24 percent in the last week to 454 per day, and the number of cases has risen by 47 percent, according to the UK’s latest official data. Hospital admissions for the CCP virus have risen by 20 percent over the same week.